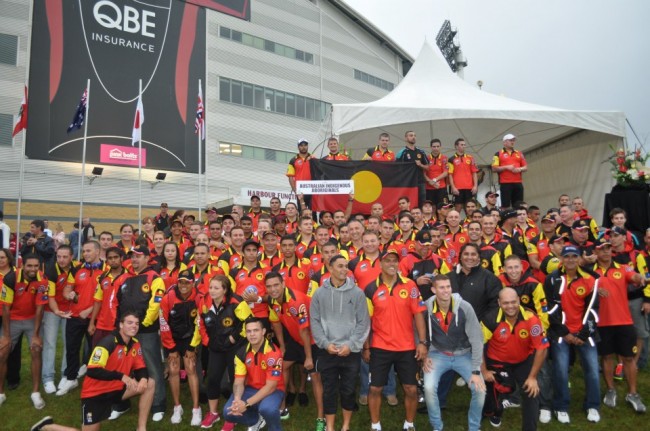 The 2012 Oztag World Cup in Auckland, NZ had a massive turnout of Aboriginal teams

When you think of NRL or AFL you automatically think of the greats like Adam Goodes, Greg Inglis, Ben Barba, Johnathan Thurston, Nicky Winmar or Michael O’Loughlin but not too many players come to mind when you hear of Oztag. This could all be about change with former St George Dragons’ player, Jeff Hardy helping to raise the profile of one of the fastest growing recreational sports in Australia.

Jeff, who played in the back row for the Dragons in the 80’s and 90’s, is now leading players to the 2014 Oceania Indigenous Invitational Cup in New Zealand where the teams, composed of both men and women, young and old, will meet other Indigenous peoples for three days of tag rugby in March.

“It’s the Oceania Cup which is the invitation for all Indigenous teams to play and we’ve been invited to go over following the success of playing in the World Cup two years ago. They wanted us the come as the Australian Aboriginal team,” explains Jeff. 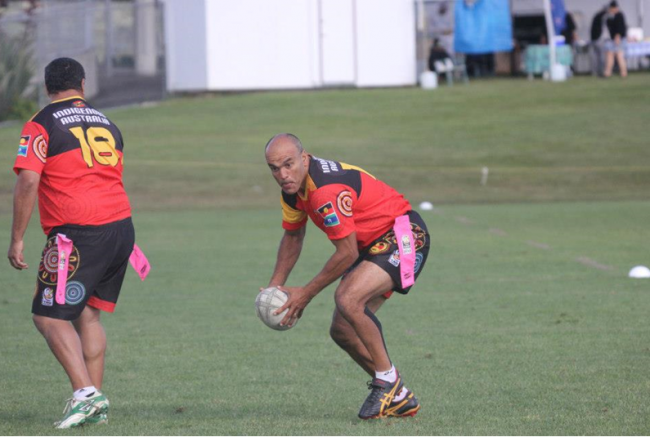 Jeff Hardy is not only passionate when it comes to Oztag, but the cultural, social, physical and emotional wellbeing of his people as well

Seven teams comprised of 170 people from all over the country will be going to the Cup in Auckland paying for the trip themselves; showing how enthusiastic and passionate they are about the sport.

“They’re super excited to be going. It’s a huge event for Indigenous Oztag. For us to put on an event like this and take so many Indigenous players away on one tour – I don’t think any other type of Aboriginal sports have done something like this – it’s huge,” he says.

Jeff says that given their previous efforts, numerous world championships and natural playing ability, the team will do admirably against the other teams built with Maoris, Samoans, Tongans, Fijians, Niueans and other Pacific Islanders – but it won’t be easy. 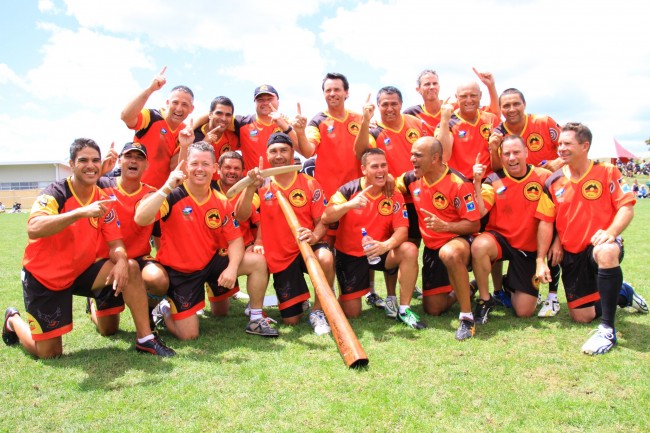 “I think we’ll go pretty good. Oztag is a great sport for Indigenous people; it’s similar to footy. The other teams will be very good too so it’s going to be tough but I’m sure we can do pretty good,” he says.

“It’s a team sport – we love being amongst other people in a group and feel comfortable in a team sport. I think Oztag, like footy, is cheap, accessible, it’s on a field and there’s a lot of running and I think hand-eye coordination and athletic ability is in our genes. We go pretty well at it – I think we’re built for it.”

Not only will the seven teams, that range from under 17’s to seniors, play in the games they’ll take part in somewhat of a cultural exchange, not only connecting with other mobs but other Indigenous races. 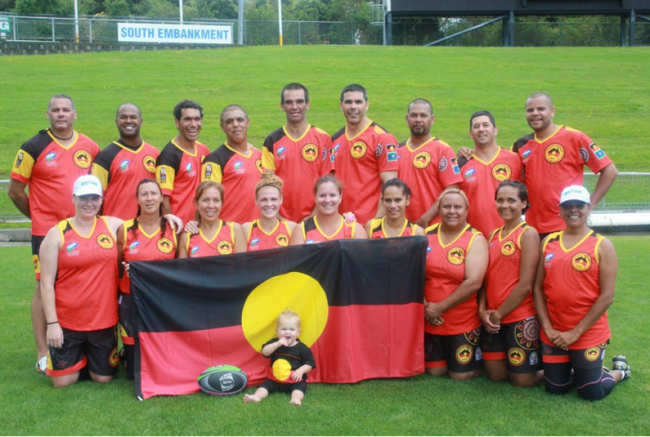 “With Aboriginal people coming from all over Australia and being in camp for four days, I think it’s going to be a real culture awareness weekend to be amongst our mob from all over and to share stories, connect, build networks and friendships,” explains Jeff.

“We’ll also be able to share our culture and be part of their culture over there as well with their dance and haka they put on before games. It’s going to be huge, I know it will be.”

Forty seven-year-old Jeff is not only convening, he’s playing and so are other former league stars like Cliff Lyons, Rod Silva, and Dean Widders and although he’s no former league star, actor and presenter, Luke Carroll will be having a run too.

“Luke is one of the best Oztag players. He played in the senior mixed team in 2012 that won the World Cup and he was instrumental in leading that team. He loves his Oztag and being part of the tour,” he says. 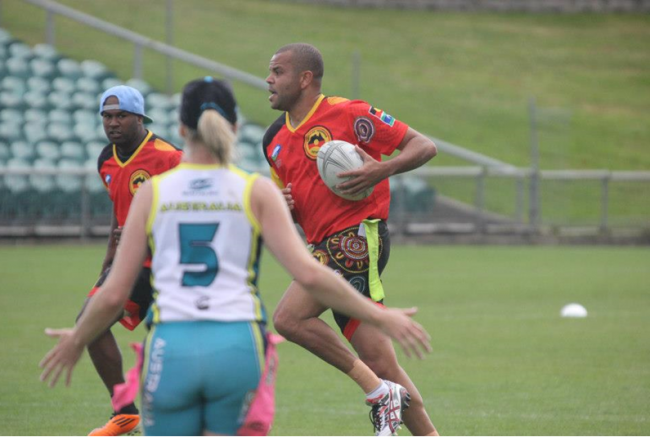 Actor and presenter, Luke Carroll, was ‘instrumental’ in leading the senior mixed team to victory

“The atmosphere, confidence and spirit that he brings to the whole group is amazing. He’s loud, he’s out there, he’s enthusiastic and he’s motivated – it’s awesome.”

Obviously passionate about his sport and people, Jeff runs Oztag competitions at South Sydney and the eastern suburbs of Sydney and formed Australian Indigenous Oztag to provide opportunities for Indigenous people to represent their people and connect with their culture.

“I wanted to start Indigenous Oztag to form a pathway for Indigenous players to represent, both young and old, and female and male. All of a sudden our players have something to aspire to, and play in, which is just great for being active and healthy. It’s also a great message to the people back in the community,” he says.

Australian Indigenous Oztag is still looking for sponsors to help with the costs of the tour. Contact Jeff Hardy by email at [email protected] if you would like to discuss sponsorship.

Corey starts his campaign to get to the USA for soccer

Noel Tovey: A lifetime of achievement

“Is Racism The New Black?” – A comedy night devoted to getting racism out in the open

Mau Power talks about his new album, symbolising his maturation into fatherhood

And here’s Wes! The return of Deadly Vibe’s comic champion

Flashback Friday with Justin Hodges from 12 years ago

Deadly Sounds flashback from 2006 with the stunning Samantha Harris