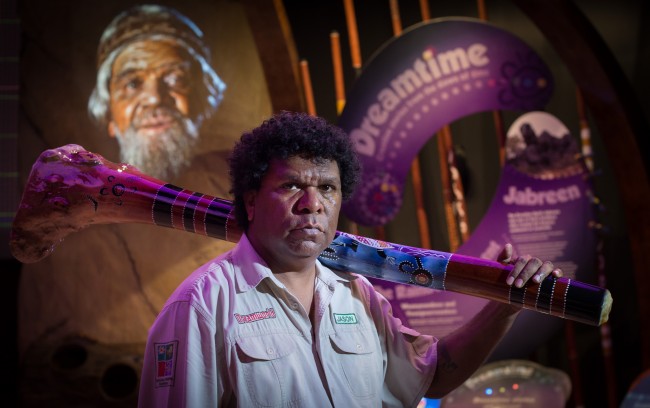 Senior Indigenous Curator/Mentor, Jason Sandy has the ‘best job in the world’

Seven years in the making, the attraction utilises the knowledge of various mobs throughout Australia including Mununjali man and the Senior Indigenous Curator/Mentor, Jason Sandy. When describing Coroboree, Jason likes to use a word he learnt from renowned yidaki player, David Hudson.

“What this attraction is mainly about is promoting Aboriginal culture. To coin a phrase that David Hudson uses – it’s to ‘edutain’, so we’re not only educating people we’re entertaining them as well,” says Jason.

“A lot of the stuff that we have is from mobs all over Australia. We’re highlighting the differences of the mobs with the different artworks, cultures, belief systems and also highlighting that we’re not all the same, every mob has their own unique defining feature.” 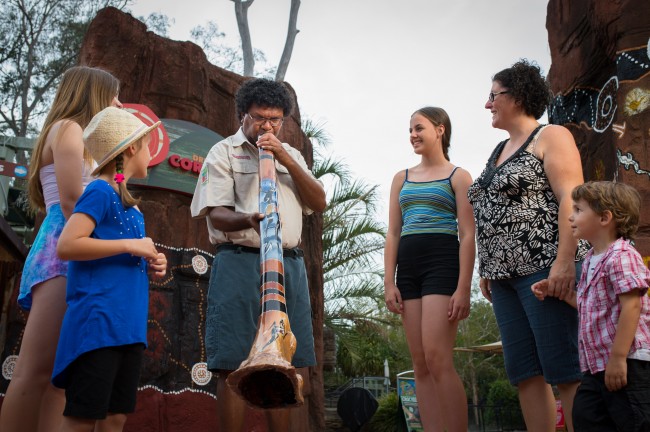 “It goes back to the first moon landing in 69, then back to when Captain Cook first landed. It shows when Australia first had that land breach with Papua New Guinea and Tasmania and then it goes back even further to when we first came here,” he says.

“It goes back 50,000 years and it’s there to give the general public an idea of how long we have actually been here.” 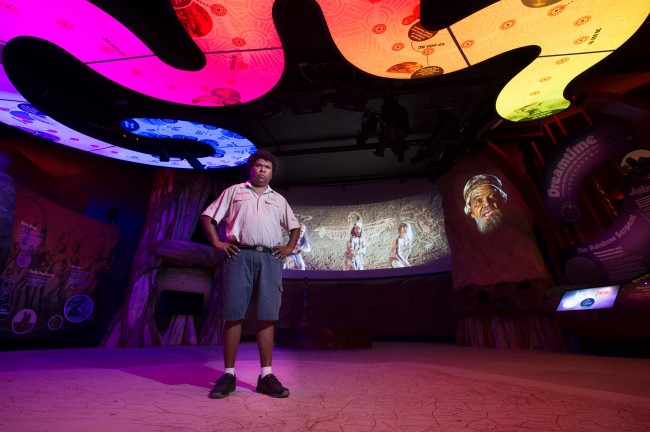 Jason, who ensures accuracy of all information, displays and artwork, says that the attraction is well received by the visitors, most of whom walk away knowing something that they didn’t before – he aims teach someone something new every day – even himself.

“Our purpose is to, sort of, peak people’s interests. Just getting feedback from guests who have come here, not only white Australians but Pacific islanders as well – we’ve had Māori brothers and sisters come in and they’ve been really impressed by what we have here and a lot of white Australians walk away saying that they didn’t know this stuff existed,” he says.

“We are slowly educating people about Aboriginal culture and the diversity and beauty of it all. I make teaching somebody a fact a goal for every day and that person will teach another person and they’ll teach somebody else. It might peak their interest to go study more on that fact and maybe learn a bit more about traditional culture.

“Even though I work here, I still learn something new every day whether it’s about the animals or mobs here.”

The attraction does not only “edutain” people about the brighter sides of Aboriginal and Torres Strait Islander history but the darker side too – like the invasion and Stolen Generations. In the end, Jason says it’s all about learning, moving forward, and reconciliation. 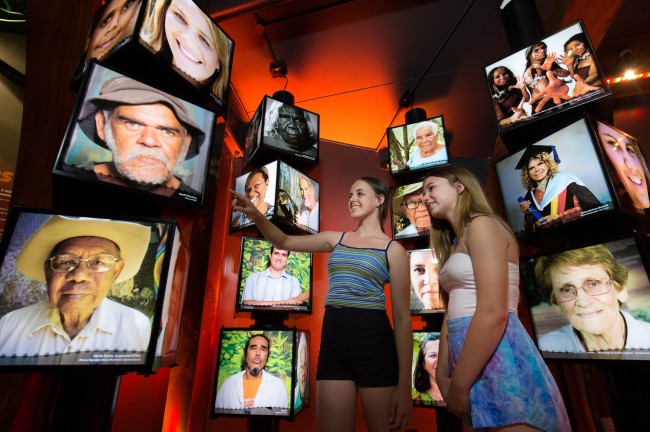 People form all over come to visit the attraction, many of whom leave learning more about the oldest continuous culture on earth.

“We cover the subjects that can be termed ‘sensitive’ but we deal with them in a way that everyone understands what exactly we’re talking about,” he explains.

“We’re not being aggressive about it or pointing the blame and saying ‘this, this and this’, it’s just telling the story from our side.

“It’s just a general reminder to show that we have faced all these challenges but our people are still surviving and we’re still here as a people.”

Jason says that he loves his job, as do all the others that work at the attraction – and why wouldn’t they? It’s Dreamworld on the Gold Coast!

“It’s not only myself who really enjoys it, the kids that work here love coming here and they can’t wait to come in and start a new day of work. Personally I’m a bit biased but I think I have the best job in the world,” he says.

For more information on the new attraction, CLICK HERE.