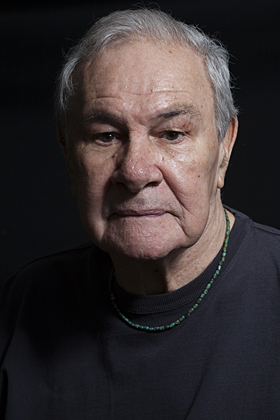 “It means two things. One, I knew Bob. I came home after thirty years in England and America and elsewhere working; I came home to retire and Bob said to me, ‘you can’t retire, there’s too much still to be done’. So I wrote the performing arts course for the EORA College in Sydney, then I taught there and directed,” Noel explains.

“It also means something else; it also means to be honoured in one’s own country by one’s own people. It’s the pinnacle of achievement.”

Noel has the distinction of being Australia’s first male ballet dancer of Indigenous heritage. He studied Ballet with Madame Borovansky in Melbourne and Drew Hardy London Afro Cuban with Katherine Dunham, jazz with Matt Mattox, singing with Joan Arnold at the Melbourne Conservatorium and Rita Godfrey in London. He also studied acting with Hayes Gordon.

Now, he boasts a career spanning 60 years in Europe and Australia as an actor, dancer, singer, director, choreographer, designer, writer and teacher.

Upon his return to Australia, Noel lists a production called The Aboriginal Protesters as his favourite – it was an overnight international success.

“Since I’ve been home, the most favourite thing I’ve done was a production called The Aboriginal Protesters in Sydney. It took me forever to get the money from the Government to do it,” Noel says.

The play, which was led by a group of young Aboriginals, was critiqued by some German critics and subsequently received rave reviews in Germany. Overnight the German Government put up a million dollars to take the entire company to Germany to perform at one of its festivals.

Previously, in June 2010 Noel has been recognised for his contribution to the Lesbian Gay Bisexual and Transgender community by becoming the 2010 recipient of the For All of Us Foundation Lifetime Achievement Award.

Other than this, Noel has been actively involved in causes such as the Deaths in Custody campaign. Now he spends his days mentoring young Aboriginal students.

“Since I’ve been home, I only work with my own people. I think my ancestors have kept me alive long enough to do the work that I’m doing,” he says.

“I like working with young people because I was taken away myself in 1939. I’d never been to school. I was in jail at 17…It’s important now for young Aboriginals to get a good education and go forward. Otherwise we’re going to be held back forever.”