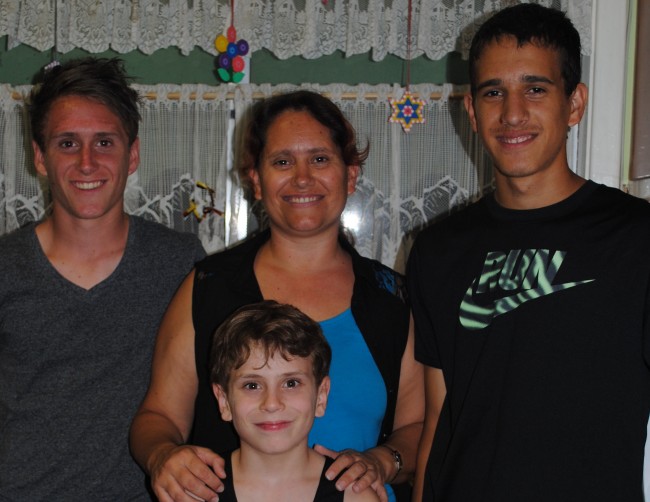 Corey (right) says that this opportunity means the world to him.

The family of 18-year-old Corey Laughton have launched a fundraising campaign following his selection to play full time soccer and study in the USA.

The opportunity to play soccer abroad arose when Port Augusta based Corey saw an advertisement calling for soccer players to try out.

Upon being selected, Corey’s single mum Tracy realised that she couldn’t afford the $16,000 cost, and as not to let Corey miss out on the once in a lifetime opportunity, the family launched ‘The Cozza Campaign’.

Over 300 students originally tried out for the overseas adventure, but after careful consideration only 20 were chosen – one of them, Corey. The college that he has been selected to attend is in the state of New York, close to the Canadian border.

“When I got the letter from the scouting people I wasn’t really that excited because I didn’t really know what was going to be ahead of me,” he says.

“I got a phone call back saying I had an offer from one of the colleges in Finger Lakes. I was pretty much speechless. I didn’t know what to say or what to think about it. It was very nerve wrecking and I still am (in shock) today.”

To Corey, the opportunity means the world to him.

“It means it’s my chance to get out of Australia and show my national colours and do what I was born to do and play for my country in sport,” he says.

Corey has long been a high achiever, at just 11 years of age he was recognised in his community by being nominated for a Citizen of the Year award.

He’s a Tackling Smoking Ambassador, won the 2013 Port Augusta NAIDOC Student of the Year award and was runner up for Youth of the Year.

He has also been nominated for two awards in the South Australian Channel 9 Young Achiever Awards.

If Corey is successful in the USA and given the chance, he has big dreams of starting his own foundation to help Australian children in need.

“If I do actually become an Olympic soccer player and get paid for it, I’d most likely come back and support my family,” Corey says.

“Also, I’ve gotten inspiration from the Graham Polly Farmer Foundation. He’s inspired me to become what I am today so I’d like to hopefully create my own foundation for special kids or kids in need. It’s just great.”

To follow Corey’s campaign visit the Facebook page and for more information, or to make a contribution you can email Tracy and Corey at [email protected]