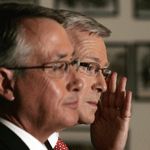 The Australian Government is investing $334.8 million towards closing the life expectancy gap between Indigenous and non-Indigenous Australians within a generation.

Measures include $101.5 million extra funding for maternal and child health services. By addressing health issues early in life, these interventions can deliver significant progress in closing the gap. These initiatives include: