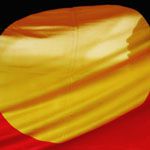 A bill was passed in federal parliament yesterday that will water down the Howard Governments controversial 99-year lease scheme for Aboriginal communities.

The lease scheme was introduced by the coalition in the hope it would stimulate economic development in Northern Territory townships. The Tiwi Island township of Ngui however was the only community to sign a lease before Labor won office.

The changes pave the way for the finalisation of 40-year leases over three remote communities on Groote Eylandt in the Gulf of Carpentaria.

The grant of 13 further areas of Aboriginal land to be operated as national parks will also be allowed.