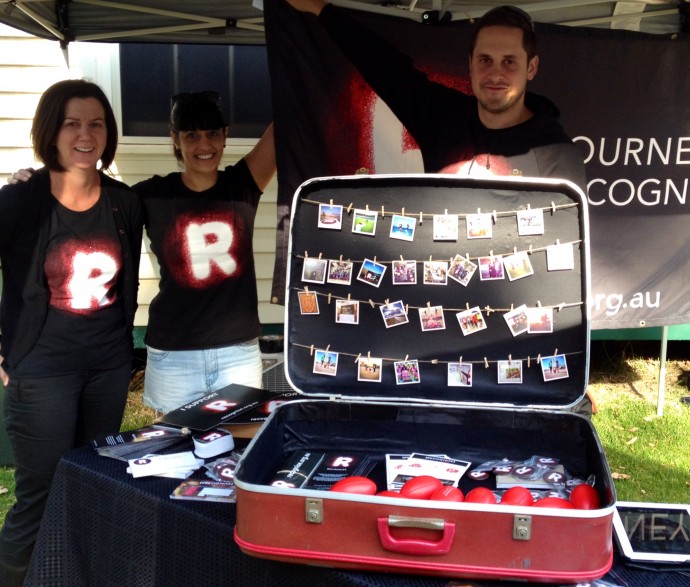 Annie Johnston is a Relationship Executive at the Commonwealth Bank and recently undertook a leg of the Journey to Recognition with Recognise.

Recognise’s Journey to Recognition has so far clocked up a total of over 1,700 kilometres and has gained over 180,000 supporters.

One of those supporters is Annie Johnston who recently completed six days of the Journey, spending time in Margaret River, Augusta, Nannup and Manjimup along the way.

She says that to her it was important to take the Journey to recognise Australia’s traditional land owners and the role they’ve played in Australia’s making.

“The Journey to Recognition to me is about equality, respect and inclusion. I feel that for people to make an informed decision about the future of our country then they need to be aware of the gaps in our founding document which does not allow for equality, respect or inclusion,” she says.

“To me it is the right thing to do. Every Australian deserves the same base to work from, and what greater base is there than being acknowledged in our country’s founding document.”

Though the Journey Annie and her group got to visit the Margaret River Independent School where some of the students took them for a walk through their Indigenous Garden that they’d created.

“They were able to articulate to us the meaning of all of the bush foods together with the bird life that they attracted,” Annie says.

Another memorable moment for the group was the Nannup Community Walk, followed by a morning tea at the Shire offices.

“We were asked to place our handprints onto a concrete slab which formed part of an Indigenous feature. It felt very special to have our hand prints included in this feature which forms a part of the Nannup community for years to come,” Annie says.

She first got involved when she met the Recognise team at the 2013 Garma Festival, which welcomed the Journey to East Arnhem Land in the Northern Territory.

“I was then in Broome for work when the team were in town so I helped out at the Broome Community Markets before attending the school community discussion at Sacred Heart Primary School in Beagle Bay,” Annie says.

“It was at this event that I was talking to a local community member who told me how fantastic it was that the Journey had made the effort to attend the school as the kids in remote communities can feel like nobody cares about them. And that’s when the meaning of the Journey really hit home with me, as a parent.”

Through her work at the Commonwealth Bank as a Relationship Executive she gets to manage the banking programs for the Indigenous and local government across Western Australia.

“I am very privileged as part of my role with Commonwealth Bank to be involved in Yokai, which is an Indigenous employment forum which is run through Reconciliation WA,” she says.

“I have also worked in a volunteer capacity supporting the Recognise Journey when it arrived into Perth and I am also a part of a couple of working groups which are about supporting people returning to their communities from the judicial system and how we can best support them through education.”