Young Yolngu woman Budat Mununggurr is urging all young Australians to get involved in the youth-led movement to recognise Aboriginal and Torres Strait Islander peoples in our Constitution and remove discrimination from it.

The call comes on the first day of National Youth Week as young people from across the country gather to embrace the theme ‘Our Voice, Our Impact’.

An offshoot of the broader Recognise campaign, ‘Recognise This’ is the youth-led movement to recognise the first Australians and remove race discrimination in our country’s founding document.

They are urging young people to take an active leadership role, mindful that an estimated 400,000 young Australians aged 18-24 missed out on having their say at the 2013 federal election.

In a video to be launched today, Budat, 17, appeals to young Australians to lend their voice to Recognise This and help fix the silence of our founding document about more than 40,000 years of impressive Australian history and the people that forged it.

“I hope the video will inspire other young people to come together, use their voices and make this change, because for many of us, it might be the first time we get to vote,” Budat says.

Many Yolngu leaders have had a pivotal role in other key steps forward for Australia, from the 1963 Yirrkala bark petitions which paved the way for land rights to calls from clan leaders for constitutional recognition.

Budat paid tribute to her grandmother, who, while walking down to the beach in North East Arnhem Land, would grab a stick and etch the stories of her culture into the sand. 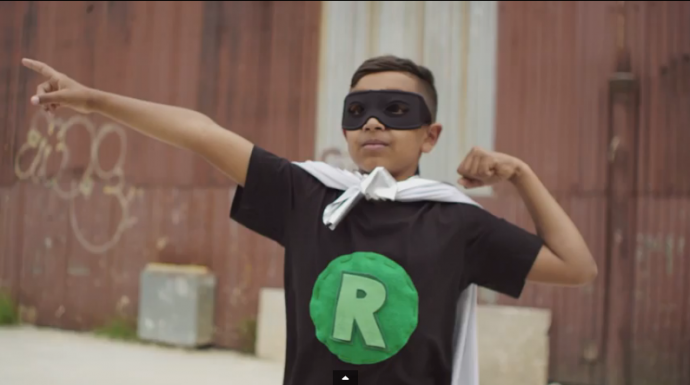 “She would draw where men’s and women’s sites are on country and she would teach me which dances belonged to which clan group,” he says.

“I want to see this history etched in Australia’s founding document, the Constitution. Because it currently doesn’t share those stories I learnt from my grandma growing up; the stories of my ancestors, my culture and my history.”

Recognise This was launched in December last year and is led by youth ambassadors in each State and Territory.

They hope to see more young people around the country get active in support of fixing the Constitution. Recognise This coordinator Pete Dawson said that in Australia, only one in two 18-year-olds are enrolled to vote.

“We know that young people need to be actively involved in this movement if we are to achieve a successful Yes vote on referendum day,” Budat says.

“Today a proud young woman is standing up for fairness and equality. By watching and sharing this video, you can stand beside her and join this historic movement.”

Budat sees that it is integral that her peers take a stand.

“We are the generation that will inherit these changes in our Constitution, and help our nation to be its best self – one that is proud of its own long and impressive history and the fact that the oldest living cultures on the planet are part of our shared story,” he says.