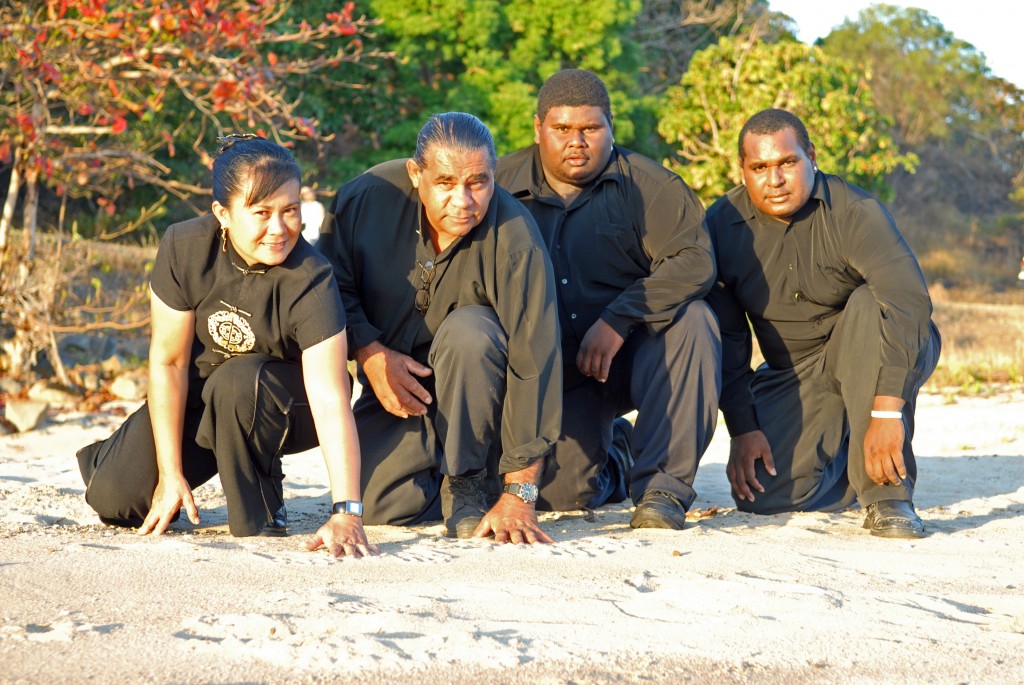 Northern Xposure, a four-piece band from Thursday Island, has recently released their second album, ‘Message in the Wind’

Formed in 2006, the band recorded their album last November in Cairns with Pegasus Studios. They’re hoping to reach a wider demographic and not just a specific target audience like Thursday Island.

Northern Xposure consists of members Brian Williams (lead guitar/vocals), Tamily Shibasaki (rhythm guitar, lead vocals), Michael Peters (bass, back up vocalist) and Ephraim Bani (drummer/percussion/back up vocalist). They are planning on touring their new album later in the year, and are working on their third album.

“We are yet to get out and promote this latest album; it’s been getting a lot of air play, but yes, we need to get off the rock and get onto the mainland,” says Tamily.

“We’re also in the process of working on material for a new album. It’s been quite busy for us,” says Brian.

For Northern Xposure a big part of their music is preserving language as well as keeping stories alive but doing this can be quite tricky when all the members have day jobs.

“It all depends on how the music is perceived and how people react. If there is more demand for our music then it will happen but in the meantime bills have got to be paid. We do have to hang onto our day jobs for the time being.

“It would be nice to get to a point where we can solely focus on our music,” says Tamily.

Brian and Tamily both come from families with musical backgrounds and were inspired and influenced many years ago to play music by Mr Karim Bin Awel, an elderly musician in the neighbourhood as well as Uncle Seaman Dan and The Mills Sisters.

Living in a remote community has also played a role in getting the band’s founders into music and has enabled them to create and develop their art form without the influences and distractions that city life would have.

“Back in the days when TI had no TV or any other form of entertainment, this was what the generations before us did, go around to people’s houses, have parties and pull out the guitars and have sing-a -longs. We were exposed to that at a very young age” says Tamily.

The band, comprising all Indigenous Australians, has no plans of slowing down and looks like they won’t be for a while.

“Uncle Seaman Dan and the Mills Sisters are in their 80’s and they’re still entertaining, so we say you’re never too old and if they can get up and do it then so can we,” says Tamily.