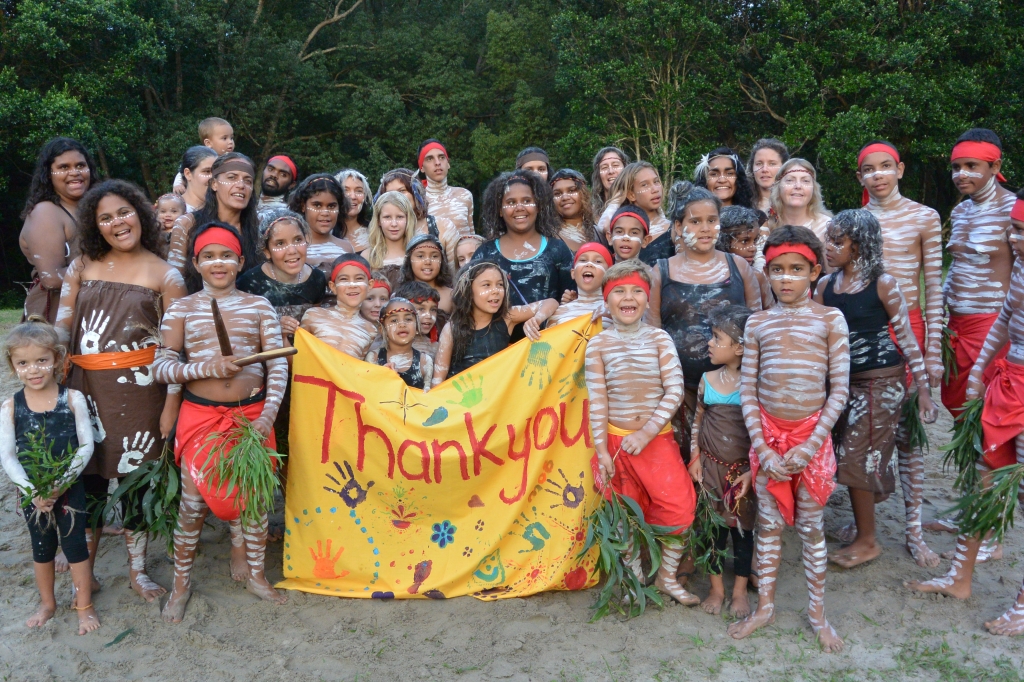 Perhaps she will come

again when the spirits of

men and the spirit of this

land are once more

These powerful words about reconnecting with land and culture were written by the iconic poet, political activist, artist and educator Oodgeroo Noonuccal (Aunty Kath Walker), a woman who was dedicated to the continuation of Indigenous culture.

Now Oodgeroo’s grandson Dennis Walker Jnr is continuing the Walker tradition of upholding culture by sharing his knowledge and passion for traditional dance. He has facilitated a young dance group in Murwillumbah, in a program called Kids Caring for Country.

What was initially a daycare group for single mothers with young children has turned into a thriving group of 40 that now also includes teenagers. Lara Bennett, a project worker at Murwillumbah Communities for Children, asked Dennis to come along and share his knowledge of traditional dance and song with the group.

Dennis is originally from Stradbroke Island (Minjerribah) but moved to the Tweed Coast so his wife could be closer to her family. He was more than happy to be involved in the program but remains adamant that he is simply empowering these children to find their own lore.

He says he’s enjoying the process: “I do what I do, so I can pass on (knowledge) to my kids. I’m not from this country; these kids are from this country. I’m just giving them something back that they should know. It’s our birthright. It should be common knowledge.”

The Kids Caring for Country group meets every Wednesday afternoon to learn traditional song and dance. One of the parents of the group who is also a facilitator, Deirdre Currie, says that her own children have grown up with culture at home, but the group was “a way to get the kids involved in learning singing, dancing, culture and language together. They love it. It’s fun.”

Dennis says he has seen a huge shift in the kids he is teaching, particularly with the teenagers that have joined the program.

“They realise their power now and it’s good watching them realise it. They’ve got mad power these kids. We’ve got to teach these babies now the proper way,” he says.

Other parents are also involved with the group as facilitators now, with the objective of being able to keep and pass on the knowledge.

“The parents in the group are teachers now, too,” says Dennis. “My main job is as a facilitator. I’ve taught them, but I want to give it back to them. It’s theirs now. I want to step back and let them do their thing. And hopefully they can then find their business because at the moment they are doing our (Noonuccal) thing,” he says.

“My main focus is to get them to chase their own lore now. They can use our stuff in the interim, but they have to find their own. We’ve got to find where we are from. That way we can be whole.”

As a group, Kids Caring for Country has already undertaken many performances – “presented culture” as Dennis so rightly puts it – at local openings, festivals and schools. The most recent being a large performance for the Tweed NAIDOC March that Deirdre says went very well.

This year, they were also invited to perform at the Laura Dance Festival on the Cape York Peninsula but were unable to attend due to a lack of funding.

“We couldn’t make it this year,” says Dennis. “The invitation is still open for the next festival and I would love to see these kids get the chance to go and experience that kind of culture.”