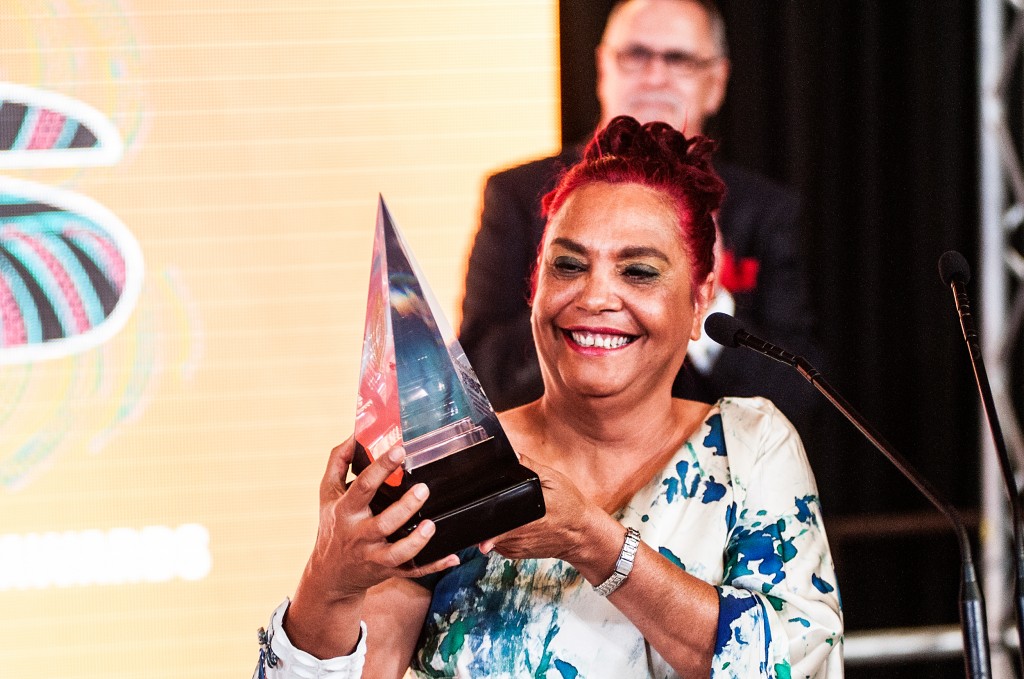 Singer/songwriter Shellie Morris took home her first Deadly for Excellence in Aboriginal and Torres Strait Islander Cultural Advancement on Tuesday, for her commitment and work in preserving the Yanyuwa language.

Ngambala Wiji Li-Wunungu — Together We are Strong is the name of the album that made Shellie one Deadly Award richer. She released it with the Borroloola Songwomen to put the spotlight on the disappearing Gulf tongue of her grandmother, which is spoken fluently by fewer than 10 people.

“I think it’s wonderful because I’ve been doing that much work in remote communities for over 15 years now, so it’s a real honour and a privilege to be to be part of the Deadlys – it’s one of the number one awards you could get,” says Shellie.

Shellie said she’d “probably fall down” if she won the award but stayed firmly upright to deliver a touching speech and spread the word on the importance of preserving the world’s oldest living culture.

Although she has received much recognition for what is regarded by many as her most important work to date, Shellie says that language preservation is more important than any media exposure or award.

“In our case it was about a language that is dying; we did it for ourselves, we didn’t do it for the music industry and yet somehow the music industry has really loved it and we’ve had a massive amount of press around it because the story is so unique,” she says.

“It just proves that we don’t have to be anything other than who we are and be proud of who we are.”

As well as a singer/songwriter she is a philanthropist who strives to improve the lives of her people, and says she will continue to do so.

“It’s great be encouraging people about our culture and informing people while learning along the way,” she says.