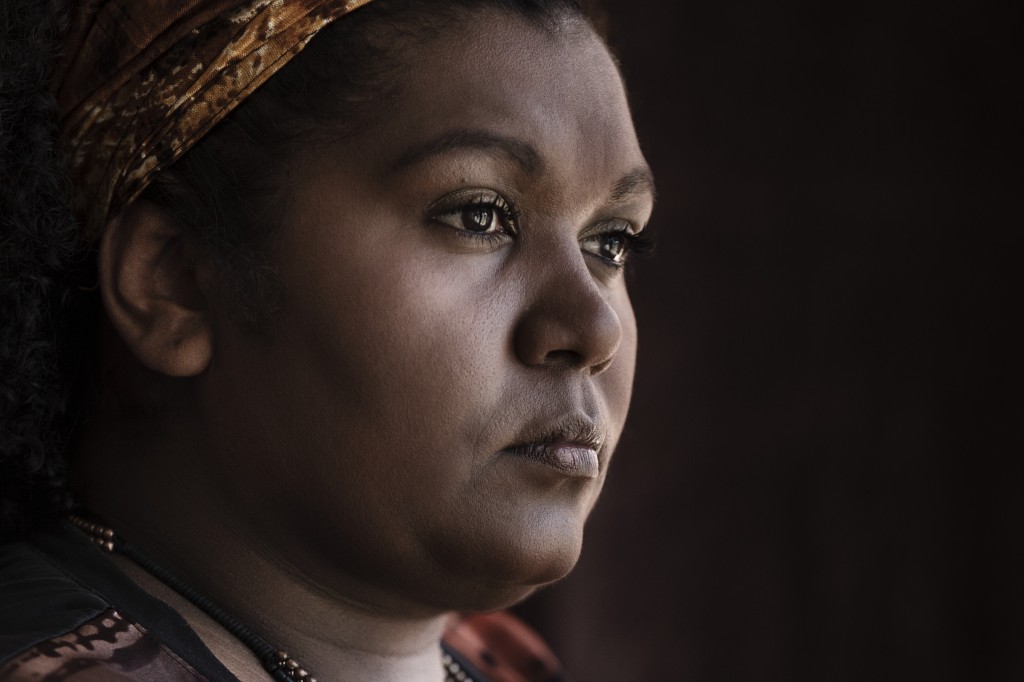 It was Uncle Archie Roach who said “30 years ago we were marching for justice down the city streets, now we’re telling our stories in the concert halls”. One such story is ‘Ngangwurra means heart’ – an explosive powder keg of Aboriginal identity, history, language and culture.

The visual music theatre work, which premiered at the Princess Theatre at the end of last month, was produced by the Black Arm Band in conjunction with the Melbourne Symphony Orchestra (MSO). Thirty artists performed, presenting seven premiere works.

Ngangwurra means heart appeals greatly to the senses, spinning a magical musical yarn about what it really means to be an Aboriginal person or Torres Strait Islander in Australia today.

“Shows like this are really important – there are a lot of projects like this where people are coming together now to preserve languages and there a lot of things that are happening in the arts where language has really been at the forefront,” says Emma. 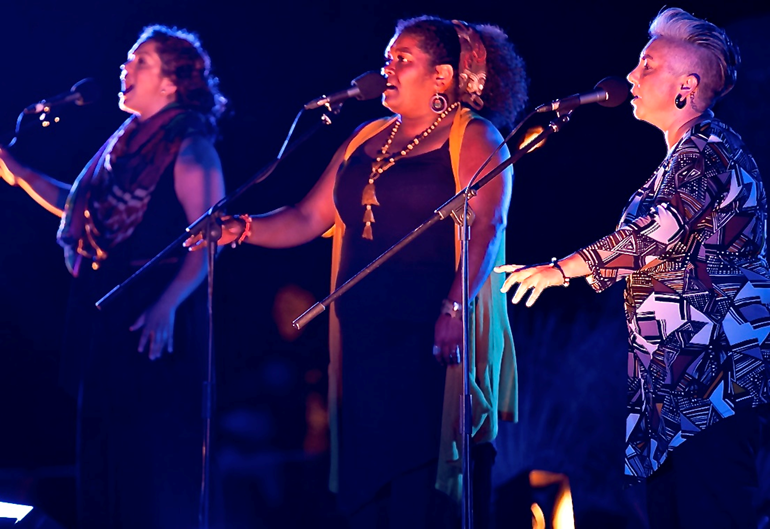 Emma is a feature artist in the Black Arm Band – a flexible music and theatre company that focuses on the expression of Australian Aboriginal and Torres Strait Islander experience and identity. She says that the band is like a family.

“Black Arm Band is the kind of band where everyone’s role is really important and no one’s role is bigger than anyone else’s – we all lift each other the same way.

“Aboriginal people have always complimented and supported each other. It’s not in our nature to be competitive or anything like that when it comes to music, song and dance or any kind of cultural gathering. It has always been about being together and being supportive.”

What makes this production even more exciting is the fact that the instruments used are inspired by the land: bush violins, kenkeni drums made from drainage pipes, a xylophone made of large steel pipes, tuned tyre rims and witches hats are all used thus celebrating the link between traditional and contemporary music.

It is Lou Bennett’s first production since she became the artistic director of the Black Arm Band. She chose themes that explored the misconceptions and myths of Aboriginal people and broke them down into seven important moments in the history of Aboriginal Australia: Before, Touched, Ngangwurra (heart), Us, Survival, Beyond and Freedom.

“Blackfellas are becoming so much more comfortable. We’re finally getting to a stage where we can tell our stories and Aunty Lou says this all the time, she’s always telling us that we need to tell our stories our way, the right way. Not being dictated to by media, by anybody,” says Emma.

Emma is says she’s more comfortable now, too, which has allowed her career to flourish.

“For me to be an Aboriginal person in this country, I am just proud to be here and sharing my music with my people and everyone else. As I get older I’m getting more and more comfortable sharing it with people outside my community and circles,” she says.

“When you’re younger there is this shame thing about what you do. Seven years ago I would never have wanted to tell anybody I’m a musician, but now in a conversation I’ll be like ‘Yeah, yeah I’m a musician!’

“We have to be strong and really firm with it and when we say strong it’s never a hard, nasty or sharp way. You can tell with a lot of the Black Arm Band work and artists like Uncle Archie and Gurrumul Yunupingu, who have opened the doors for Indigenous music, we’ve got that gentleness and that deadly way of telling a story.”