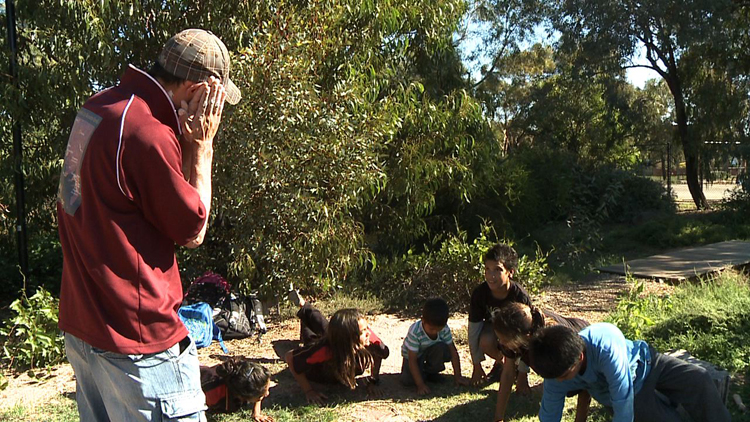 Jack grew up in Kaurna Country with aspirations of playing Aussie Rules at the highest level but at the age of 20, experienced the tragic loss of his sister. This was a turning point and helped him decide to find out more about in his culture. “I wanted to play footy at the highest level – I was up there in the semi-pros. In 2006 when I was at University, working and playing footy at the highest level, I came home one day and found out my sister had passed away. I kind of gave up on everything after that,” Jack says. “It was something that I’ll probably never experience again because now through learning language and culture, it’s built up my identity and my strength. It gets me a little bit more aware of my surroundings and what could happen. It definitely helped.”

Now the young philanthropist travels around teaching the Kaurna language to Indigenous and non-Indigenous students alike. “The last fluent speaker died around the 1920’s and our language was banned while some generations grew up on missions. Since the 1980’s a few of our elders have gone out of their way to relearn the Kaurna language and start using it,” Jack says. “Now we’re at a stage where we are using it on a day-to-day basis, not just in Welcome to Country speeches and public events.”

For Jack, the revitalisation of this language is very meaningful and important. It gives people back a sense of identity and relationship with their culture. “Growing up, we just spoke an Aboriginal English, which was a mixture of all the languages around South Australia that we knew of and, in some cases, in one sentence we’d be speaking seven different languages, including English,” Jack says. “Just to learn enough language to be able to use it on an everyday basis – using only it, instead of English, is a great tool to have for the rest of our community and especially myself and family.”

Jack will be at the Sydney Film Festival next month for the premiere of his film Buckskin. “It’s mainly a story about my journey with the language. I started off not knowing much, so I started learning the language and I’ve been teaching it now for about seven years,” Jack says. “The film documents me in everyday situations teaching the language; going to class and teaching Aboriginal and non-Aboriginal students, and my traditional dancing at events.”