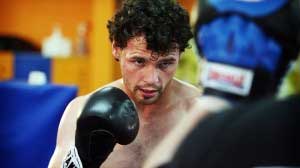 Newly crowned IBF middleweight world champ, Daniel Geale has opened the door to a possible rematch with Anthony Mundine, describing it as a, “chance to shut him up for good”.

The only loss of Geale’s professional career thus far came at the hands of Mundine, who narrowly beat him on points in 2009. Geale walked away believing he won the fight and pursued an immediate rematch which was continually turned down by the Mundine camp.

Since Geale won the title in Germany, Mundine has publicly challenged him to a rematch, but after Mundine’s loss to unheralded Garth Wood, and then a hard fought win in the rematch, Geale, along with his supporters and trainers, have questioned whether Mundine deserves a rematch.

Mundine claims he’s still the king of Australian boxing and is keen to prove it.

POLL: Should Daniel Geale agree to a rematch with Anthony Mundine?