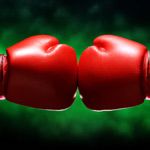 Aboriginal champs square off in bout for the history books

Australian sporting history is set to take place in Brisbane on May 27 when two Indigenous world champion boxers square off for a shot at international glory.

Win, lose or draw, the bout is looking likely to be Mundines final fight on Australian soil after a controversial career that has polarised opinions and made him one of the most recognised and talked about Australian sportsmen ever.

Mundine is planning to use the bout as the launching pad towards a series of big money bouts abroad where he intends to pit himself against the biggest names in the middleweight division.

28 year-old Geale has enjoyed an impressive start to his professional career and enters the bout with a pristine record of 21 fights for 21 wins.

He is the forgotten champ of Australian boxing, an experienced amateur who won Gold at the 2002 Commonwealth Games and clinched his world title in 2007 by outpointing Daniel Dawson. He stopped Canada’s Ian Mackillop in round one in his most recent bout.

Grossly underrated, Geale says he ready to shock the world by defeating Mundine on May 27.

“It’s time to step it up. This is the fight where I’ll show what I can do. This is my time,” Geale, said.

“He is a great fighter. We can just wait and see.”

Mundine believes he has bigger fish to fry in the middleweight division and is looking ahead to potential bouts with Kelly Pavlik and Felix Sturm.

“It’s going to an historic night – it’s going to be my third world title and this might be my last fight in Australia,” Mundine said of the upcoming bout.

“I can’t see anyone beating me in the next four, five years in the middleweight division.”

TALE OF THE TAPE