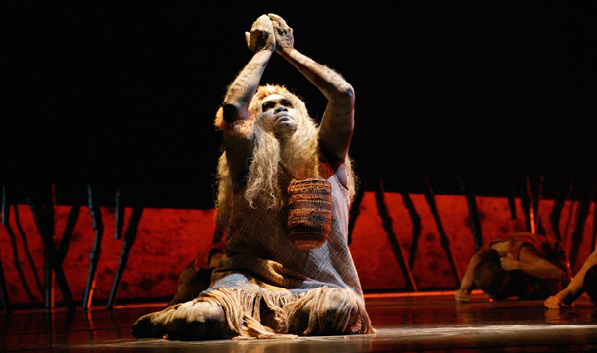 Bangarra Dance Theatre commences 2011 with three key events, comprising two vital fundraising performances and one of the biggest European tours the company has ever undertaken. Special performances of the awe-inspiring Spirit will take place at the Sydney Theatre on February 4 for indigenous communities affected bythe Queensland Floods and on February 5 in support of Bangarra’s Indigenous Employment Initiative, prior to anintensive overseas tour.

Queensland is home to many of our dancers, with family and friends affected by the floods disaster. All proceeds from ticket sales will be donated to indigenous communities affected by the Queensland Floods with Bangarra matching contributions. The performance is especially for Aboriginal and Torres Strait Islander people; our way of engaging audiences who may not normally attend theatre venues.

Performing 23 times over 28 days in 17 cities, Bangarra will be touring Italy, Switzerland and Germany with its distinctive Australian production of Spirit. Led by Artistic Director Stephen Page, the fourteen Aboriginal and Torres Strait Islander Bangarra performers will be challenged by the intensity of the touring schedule across 4,100 km and the extreme cold weather! Bangarra is always warmly received by audiences on its international tours as it presents a truly authentic Australian performing arts experience.

On their return in April, the artists enter into the creative process for Belong: two new works by Stephen Page and Elma Kris, which has a performance season of Australian capital cities from July to September 2011.

Bangarra’s community spirit extends from Sydney to Queensland to Europe