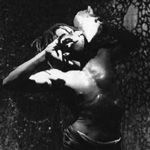 Dancer Albert David might live in the big city but his heart lies firmly in a tropical paradise.

In 1989, a 17-year-old Albert David left his home in the Torres Strait to begin studying at the NAISDA Dance College, thousands of kilometres away in Sydney. It was the first time Albert had lived anywhere outside of the Torres Strait.

After studying at NAISDA for four years, Albert went on to become a successful dancer with the world-renowned Bangarra Dance Theatre, starring in several big productions. Last year, he received national recognition after winning a Deadly for Best Male Dancer.

“I was brought up on Hammond Island. What was it like growing up there? Man, choice,” says Albert, taking a moment to talk about his home while directing and choreographing NAISDA’s end-of-year performance, Apu Kaazi (Mother’s Child).

What Albert and his friends did have was the pristine ocean and beautiful landscape of their island homes, where they enjoyed a completely different lifestyle to most people living in big cities and towns.

“We use to hunt for birds, wild turkey, turtle and dugong,” Albert says.

“We amused ourselves making wood carvings of boats, playing on the beach and travelling heaps between islands.”

When asked to describe the Torres Strait, one word immediately comes to Albert’s mind.

“Think of islands surrounded by water, some you could walk across in five or 15 minutes, and then you have the big islands.

“There’s the tropical sea breeze so it doesn’t get that cold, heaps of coconut trees, almond trees and heaps of fruits in the hills and everywhere. It’s like a Garden of Eden with beaches and fishing spots.”

As well as the stunning tropical environment, one of the most beautiful facets of the Torres Strait is its people.

“People in the Torres Strait are full of love,” says Albert with a beaming smile.

“If I were to walk down the street in the city and say hello to someone I didn’t know, most people would look at me like, “˜Hey this fella’s crazy. I think the sun must have got to him.

“But up there, everybody says hi to everybody, even if you don’t know one another.

“It’s all paradise. The Torres Strait is a place for you to go and say, “˜I want to be myself. I don’t have to act like somebody else and I’ll just be me’.

“There are plenty of places in the Torres Strait where you can go and chill out, get dropped off on a lonely island and be king for a day.”

Moving to Sydney at such a young age was a huge leap, but keeping the spirit of the Torres Strait strong in his mind helped Albert through some of the tougher patches of establishing his dance career.

“I’m adjusting to both worlds but I’m staying me,” he says. “I’m not letting the city change me and I’m staying my island self and the cultural way that I know.

“That is the only way I know how to stay balanced, even in a crazy place like the city. It helps as long as I can think of home.

“The Torres Strait is still very important to me. I mean, when I need to recharge my battery, so to speak, I cruise up home.

“I don’t know if I really adjusted to the city. I think the city adjusted to me, because every single day of my life I’m always home.”

Ask Albert David how he feels about being the first-ever winner of a Deadly for dancing and his answer is simple: “Choice!”

“I’m very happy that dance has now been included as a category in the Deadlys,” Albert said in between conducting masterclasses in Melbourne last month as part of the Melbourne Festival. “For us, this means there are now more things to dance for.”

He took a break from the choreography classes to fly to Sydney for the Deadlys ceremony, where he was shocked to be named the deadliest dancer in 2003.

Albert, 31, admitted that he was nervous when he went up on stage to accept his Deadly award.

There was a time when Albert almost gave up on his dream of becoming a dancer. Three years after starting a dance course at NAISDA, he went back home full of doubts about his career choice. “I went into the hills to ask questions of my ancestors, of the spirits. I asked, “˜Did I just waste three years down south?'”

His questions were finally answered when he realised that, more than anything, he wanted to dance. “I love the way it makes me feel,” Albert says.

He says if he hadn’t continued dancing, he would probably be back on Hammond Island working as either a carpenter or a priest.