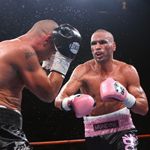 In a scrappy bout that saw Taylor, known as the ‘Bulli Blaster’, resort to dirty tactics on a number of occasions, Mundine set the pace from the outset, throwing more punches and keeping Taylor at bay with his superior hand speed.

While never hurting his opponent, Mundine comfortably out boxed the 36 year-old Taylor who was lucky to escape disqualification.

Mundine looked comfortable at the lower weight division, finishing the fight strongly and now looks to be in a perfect position to challenge world champion Felix Sturm in Germany later this year.

A potential rematch with arch rival Danny Green is also on the cards after the former world champion announced his intentions to return to the ring recently. With Green fighting in the light heavyweight division, a re-match however would need to see Mundine regain much of the weight he has shed to fight at middleweight.