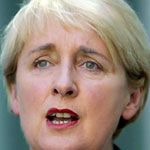 Minister for Indigenous Affairs, Jenny Macklin has this afternoon unveiled the board that will review the controversial Northern Territory emergency intervention.

Chair of the review board will be Peter Yu, a prominent West Australian Indigenous leader. Mr Yu was the long-time director of the Kimberley Land Council and has been a prominent rights campaigner for Indigenous Australia.

NSW Aboriginal leader and former Chair of the NSW Aboriginal Child Sexual Assault Taskforce, Marcia Ella Duncan has also been appointed to the review board, along with former Australian Electoral Commissioner, Bill Gray AM, will also be on the Review Board.

Ms Ella Duncan conducted a study several years ago into child sexual assault in NSW. Mr Gray was appointed by the Howard government in 2006 to review the COAG trials process.

All three have extensive experience in Indigenous affairs.

In a surprise move, in addition to the trio the government has appointed an “independent expert group” who will support the Review Board. The group is comprised of 11 experts drawn from public policy, health, child welfare, legal and economic development fields.

It includes Dr John Taylor from the Centre For Aboriginal Economic Policy Research, at the Australian National University. Dr Taylor is the author of the now ‘infamous’ Taylor report, which exposed massive federal and territory government neglect in the Northern Territory community of Wadeye.

The expert group also includes Tobias Nganbe and Anne Rebgetz, co-principals of Our Lady of the Sacred Heart School in Wadeye.

In a written release, Minister for Indigenous Affairs Jenny Macklin said the board was being established to “… conduct an independent and transparent review of the NTER to assess what is working, whether the measures are effective and their impact to date on individuals and communities. “

It Board would “consult widely and seek public submissions”.

Specifically, the NTER Board has been tasked to:

“The Government is determined to improve the safety and wellbeing of children and families in remote Northern Territory communities and is committed to an evidence-based approach to closing the gap between Indigenous and non-Indigenous Australians,” Ms Macklin said.

“Promoting economic participation, improving health and education outcomes and better engaging Indigenous people in developing solutions are key to the Government’s plan for closing the gap.

The NTER Review Board is expected to provide its final report by September 30.