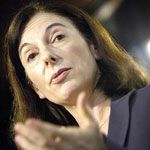 The Australian Medical Association (AMA) has opted out of the Northern Territory intervention and blasted the federal government for relying on altruism to prop up the initiative.

The news comes as Aboriginal Medical Services Alliance NT accused the AMA of profiting by about $150,000 under its current contract with the federal government, which expires on June 30.

The AMA’s Queensland and Western Australian branches recruited GPs and other health professionals to go to the territory for a fee of about $1,300 per person.

Dr Capolingua said the fees were to cover costs associated with recruitment and the AMA was not profiteering.

She said the AMA had not submitted a bid for the new two-year contract with the federal government to establish a Remote Area Health Corps for the intervention as it was too costly and too difficult to work with the Commonwealth.

The deadline for tender submissions was June 10.

Dr Capolingua said recruiting doctors for the intervention involved ensuring they had the right skills, were registered, had adequate insurance and police checks.

“The government would often call at very short notice, like Thursday or Friday, and ask for doctors to be ready to be deployed by the Sunday,” she said.

Denying the AMA was turning its back on Indigenous people in the NT, Dr Capolingua
said the organisation had led the way for the past decade on raising awareness about the parlous state of Aboriginal health and would never abnegate its responsibility to Indigenous Australians.

“The government has got to stop, the government and all of us – Australians – have got to stop looking at the Indigenous health problems as a humanitarian initiative,” she said.

“We have to take ownership of this. These are our people – they’re not some third world country that we’re sending Medecins Sans Frontieres doctors to.

“They are our responsibility – our people. We have let them down and we have to invest appropriately to change what’s been going on. And that means there has to be accountable funding that’s realistic and not reliant on the altruism of doctors or others that want to help.”