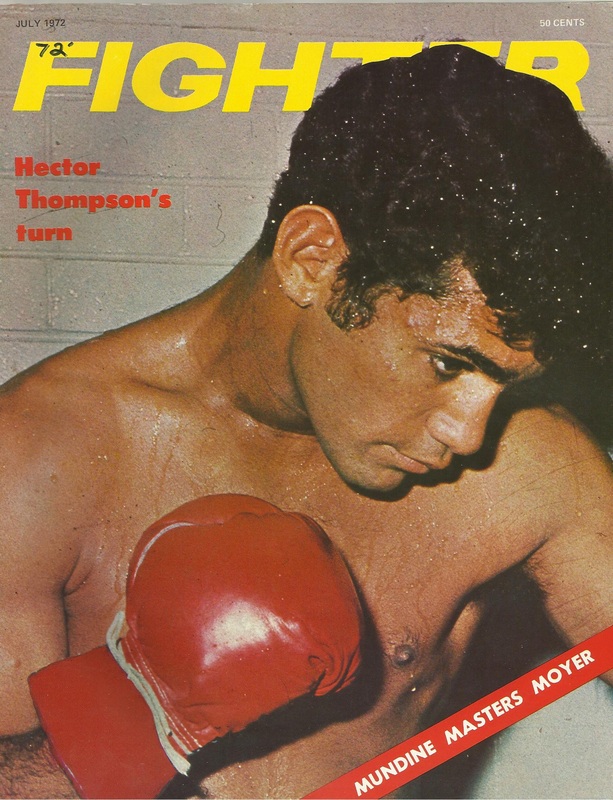 Something Worth Fighting For (Deadly Vibe Issue 97 March 2005)

One of our boxing greats looks back at the fight of his life.

Boxing creates champions like no other sport. It’s filled with rags-to-riches and hard luck tales, and many of its greatest champions’ stories read as if they’ve been lifted straight from the scripts of Hollywood movies.

The sport can be generous, yet at the same time painfully cruel. It can provide an ordinary man with a once-in-a-lifetime shot at greatness, and then just as easily take it away again. For much of Australia’s history, the boxing ring has been one of the only places where a man with nothing could fight for everything.

Because of this, Aboriginal men have always been drawn to the sport and  the rare opportunities it presented, and many of them have gone on to become some of the sport’s most talented and courageous champions. One man who personified  he Aboriginal boxing spirit as well as any was Hector Thompson, one of our greatest ever sportsmen.

Born in Kempsey, New South Wales, in 1949, Hector was raised in a boy’s home following the death of his mother when he was very young. It was at the home where he was first introduced to boxing at just five years of age.

“Looking back on it, the best thing about boxing was simply the opportunities that it gave me, the opportunity to make a living for myself and t o help my family,” says Hector.

“My motivation was always the same. I fought to make a better life for my children, my four sons and one lovely daughter; that was the most important thing.”

In 1973, Hector fought one of the greatest boxers of the 21 st century, the legendary Roberto Duran.

Flying all the way to Panama City to face Duran in his own backyard, Hector gave the champion one of the toughest fights of his career, but fell painfully short of snatching Duran’s world title.

“The atmosphere was intense,” Hector recalls. “The stadium was filled with screaming people and soldiers were standing all over the place with rifles, watching the crowd. But I wasn’t intimidated by that. It didn’t matter to me where I was fighting.”

While pushing one of the sport’s greatest ever champions to the brink of defeat is an amazing achievement within itself, for Hector it is still hard t o look back and think about how close he came to winning it all.

“The referee shouldn’t have stopped that fight,” Hector says. “I was knocked to the canvas and the referee only counted t o three and  hen stopped it. I should’ve been given the full 10 seconds to get back to my feet and fight on.

“If I’d been allowed t o continue I believe I would have won that fight, and they knew it.

“It was hard coming that close to winning a world title, knowing that I should have won, and then coming home empty handed.”

Despite the disappointing loss to Duran, and another unsuccessful world title bid against another Panamanian, Antonio Cervantes in 1975, Hector still accomplished some amazing things, becoming one of Australia’s most successful boxers.

“Hector Thompson is one of Australian boxing’s true champions and a credit to the sport,” says Australia’s most successful boxing trainer, Johnny Lewis. “I thought his body punching was the best of any Australian fighter that I have seen.

“All modern Australian fighters owe Hector a great deal, and should t hank him for lifting the sport and carrying it through the doldrums.”

Now living in Brisbane, with his children all grown up, Hector just takes life one day at a time. While he doesn’t watch any of his old fights, he does maintain an interest in the sport, catching most of the big bouts on television.

The greatest champions are also usually the most humble, and Hector Thompson is exactly that, an everyday man who achieved amazing things.