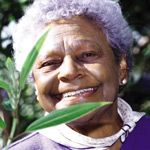 Faith Bandler’s father was one of more than 60,000 South Sea Islanders who was brought to Queensland by slave traders to work in the cane fields. There were no laws to protect them, and they were paid nothing.

After 14 years, he escaped and fled to NSW, where he met and married Faith’s mother. Faith was born at Tumbulgum in northern NSW in 1918.

Discovering her father’s past was the first of many lessons Faith would learn about racial discrimination.

During World War II, Faith enlisted in the women’s land army. It was here that she became particularly aware of the discrimination that existed against Aborigines and Torres Strait Islanders. They received lower wages, lived in terrible conditions, had no right to vote, and were not free to travel wherever they chose. She decided it was time something was done about it.

Together with other activists, including Pearl Gibbs and Jessie Street, Faith campaigned for better rights for Indigenous people. She co-founded the Aboriginal Australian Fellowship, which led the campaign to abolish the NSW Government-controlled Aborigines’ Welfare Board. The board was responsible for the removal of hundreds of Indigenous children from their families.

Faith also co-founded the Federal Council for the Advancement of Aboriginal and Torres Strait Islanders (FCAATSI). It was FCAATSI who, in 1957, began the campaign that led to the 1967 referendum, awarding Aboriginal Australians full citizenship rights.

After the referendum, Faith actively campaigned for Aboriginal land rights and was a founding member of the Australian republican movement. She worked for both state and federal governments in a variety of roles, and was vice-president of the Evatt Foundation, an organisation designed to further social justice, equality and human rights.

Faith also campaigned for recognition of the special status of South Sea Islanders. They were not eligible for the same benefits as Aboriginal and Torres Strait Islanders, despite the fact that so many thousands were instrumental in the development of Australia’s sugar and cotton industries. She helped found the National Commission of Australian South Sea Islanders.

It wasn’t until 1994 that the Government formally recognised Australian South Sea Islanders as a distinct community.

In 1997, Faith was awarded the Human Rights Medal by the Australia Human Rights and Equal Opportunities Commission.

In a speech to the NSW Reconciliation Convention in 1999, Faith told her audience: “History has shown that a genuine people’s movement can move more than governments. It can move mountains.”

If anyone is living proof of this, it would be Faith Bandler.