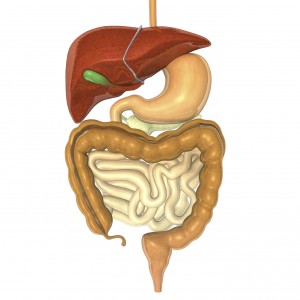 The non-vital organs can wreak havoc on the rest of the body when there’s a problem with them.

When we talk physical health, it is easy to get side-tracked by our vital organs like the heart, lungs, kidneys, and liver, and rightly so, we need them to live. But in the process, we lose track of our minor organs that, while not essential for survival, play a major role in our health. For example, if you were asked to point to where your spleen is, would you be able to?

The spleen is a small, purplish, fist-shaped organ that is located just to the left of the stomach. And although if it were removed, you’d be mostly fine, it does play multiple supporting roles in the body. It filters blood and removes abnormal blood cells and microbes, as well as producing disease fighting antibodies and lymphocytes as part of the immune system.

Because it plays many parts in the body, the spleen is susceptible to a range of disorders like splenic rupture and splenomegaly, to name a few.

Splenic rupture: Because the spleen is quite a delicate organ, an injured spleen may spontaneously rupture. This can be a result of abdominal trauma, disorders like mononucleosis (glandular fever), pregnancy, and medical procedures like a colonoscopy. When the spleen ruptures, the bleeding can be life threatening and surgery to remove it (splenectomy) is required.

Splenomegaly: A healthy, adult spleen should weigh around 200g, but with splenomegaly (enlargement of the spleen) it can balloon, sometimes to 2kg or more. Some of the causes of this are: cirrhosis of the liver, leukaemia, cystic fibrosis, haemolytic anaemias, Hodgkin’s disease, lymphoma, and malaria. Treatment will depend on the underlying condition, but sometimes the spleen can become delicate enough and rupture.

Another organ that most have heard of, but have no idea what it looks like or what it does, is the gallbladder. The gallbladder is a small sac located just beneath the right lobe of the liver. Its function is to store bile (yellowish fluid produced by the liver that aids in the digestion of lipids) before it’s released into the small intestine.

Just like the spleen, humans are able to live without a gallbladder. When the gallbladder is removed it is called a cholecystectomy – this medical procedure is sometimes required when a person has gallstones.

Gallstones: Small stones consisting of cholesterol, bile pigment, and calcium salts that form in the gallbladder. A common disorder of the digestive system, gallstones are usually caused by a variety of factors like diet, body chemistry, and body weight. They are usually asymptomatic, but can cause severe pain in the abdomen/back, jaundice, and fever and pain if the gallbladder or bile duct becomes infected. If gallstones are causing problems, surgeons may remove the gallbladder.

Located in the abdomen, tucked behind the stomach, the pancreas is part of the digestive system and the hormonal (endocrine) system. It produces enzymes that help to digest food, particularly protein, and also makes the hormones, insulin and glucagon, which regulate blood sugar levels.

This 25cm long, tadpole resembling organ, carries with it many, serious disorders:

Acute Pancreatitis: A medical emergency, acute pancreatitis is characterised by inflammation of the pancreas when enzymes can’t leave, resulting in irritation and burning. Caused primarily by the overuse of alcohol and gallstones within the bile tubes, treatment for the disorder includes hospitalisation in intensive care, fasting and intravenous fluids, surgery to remove gallstones when required, and lifestyle changes such as eliminating alcohol.

Chronic Pancreatitis: When pancreatitis recurs, it becomes chronic. The persisting inflammation eventually damages, or destroys, parts of the pancreas, inhibiting its function. Treatments for this condition include a change of diet, medications, abstaining from alcohol, and regular insulin injections.

Pancreatic Cancer: Beginning in the cells of the pancreatic duct and spreading into the body of the pancreas, pancreatic cancer, without treatment, will eventually spread to every abdominal organ via the lymphatic system. The causes are unknown but may include age, chronic pancreatitis, and cigarette smoking. The treatment for this type of cancer depends on the stage, but will usually include the removal of affected area(s), radiotherapy, and chemotherapy.

Diabetes: Because the pancreas is responsible for creating insulin, the hormone that regulates blood sugar levels, when there is an abnormality in its production type 2 Diabetes can occur. Diabetes is prevalent in the Indigenous community, and can be treated, and sometimes cured, by a change in diet. Sometimes insulin injections are required because the body isn’t capable of producing its own.

The appendix is a tail like tube that is connected to the cecum – a part of the large intestine located on the lower right side of the abdomen. It is a vestigial organ which means that it serves no purpose because it lost all of its function through the evolutionary process. Despite being vestigial, the appendix can still be a nasty piece of work when it becomes inflamed.

Appendicitis: is the inflammation of the appendix thought to be caused by either food or faecal matter becoming lodged within it. It is a medical emergency and you should seek medical help immediately. Symptoms of appendicitis include fever, abdominal pain, vomiting, loss of appetite, and diarrhoea. Treatment for appendicitis usually includes removal of the appendix (an appendectomy).