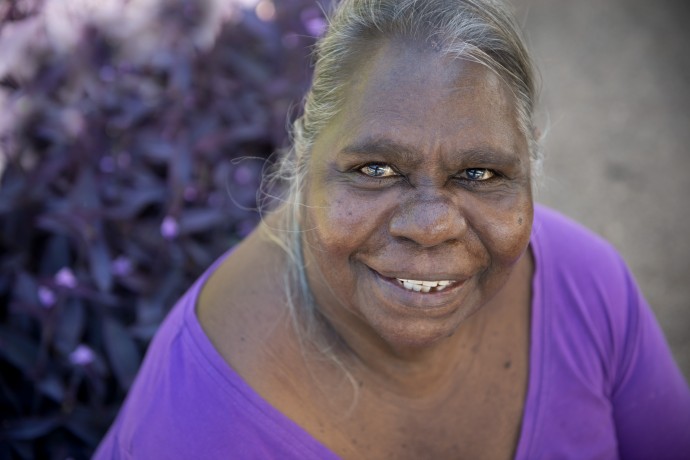 The Barnardos Mother of the Year Norther Territory 2014, Joy White

For the better part of her life, Joy White has dedicated every waking hour to bettering the lives of the children she holds so close to her heart – but not just her own children, the children of the whole Bagot Community and any child, or person for that matter, who needed her. It’s because of this relentless dedication, passion, and loving that she has won the Barnardos Mother of the Year Northern Territory 2014 Award.

The prestigious award, which recognises and celebrates mothers for the enormous contribution they make in shaping Australia’s future, was presented to Joy last week because, over the years, she has opened her home up to more than 100 children whose parents were affected by alcohol and violence.

Not only did she take kids in, Joy sewed clothes for all the community’s children and for years she voluntarily cleaned up the rubbish in the ‘town camp’. Later she trained and taught as a Teacher’s Aide helping many Indigenous children. She went on to become a Bagot Community Councillor Public Officer, women’s refuge worker, community adviser and public speaker.

Manisha Amin, Head of Marketing and Fundraising for Barnardos Australia, says that Joy is the embodiment of what these awards symbolise.

“On behalf of Barnardos Australia, I congratulate Joy White on becoming Barnardos Mother of the Year 2014 Northern Territory. We are pleased to recognise her amazing gift for caring and nurturing our next generation,” she says. 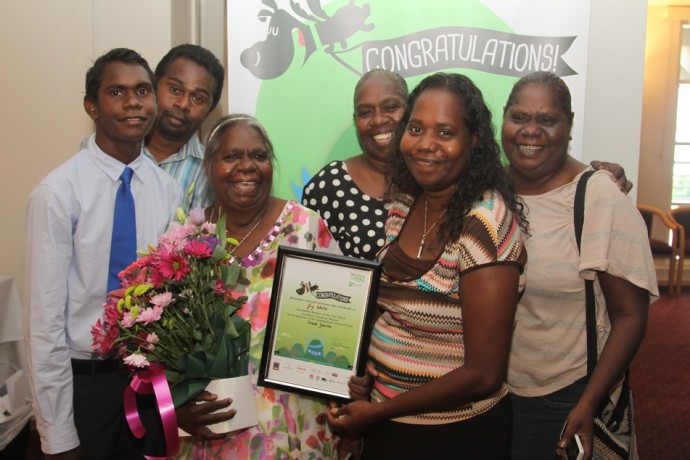 Joy and her family

Joy was “over the moon” after she realised that she won the state award, for which she will receive prizes including a $1000 ALDI gift voucher, a three night Captain Cook Cruises Murray Princess River Cruise for two people, Breville kitchen appliances and many more.

As well as all these prizes, she will get a trip to Sydney for herself and her nominator, Isobel Gawler, including flights, transfers, accommodation and entertainment to attend the Barnardos Mother of the Year 2014 on 9 May.

“To be able to achieve that (Barnardos Mother of the Year 2014) award I’d be so proud. When I come back to Bagot I’d be shouting with joy.”

66-year-old Joy did not have an easy childhood and cites this as a reason for opening her heart and home to less fortunate children in her community. She hopes that she serves as a role model for them because many do not have positive role models in their lives. 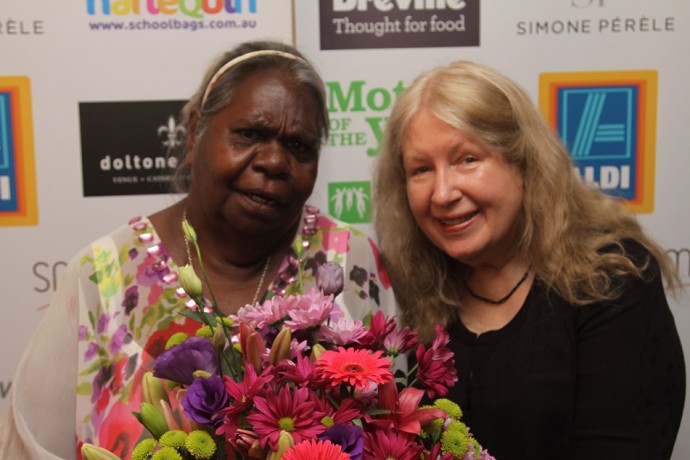 Joy and her nominator, Isobel Gawler

When asked what her favourite thing about being a mother, she says: “Everything, looking after children, not sending them away to an institution where we will never see them again. It’s not right they should be taken away; sometimes it can’t be helped. I can’t be there for all of them.”

Despite having had three major cancer operations, Joy continues to care for everyone she can, help the homeless and is much loved and respected among her small community of Bagot. Although she has received an overwhelming amount of congratulations, in the end it’s the children that matter most to Joy.

“I just couldn’t go on without my children,” she says.