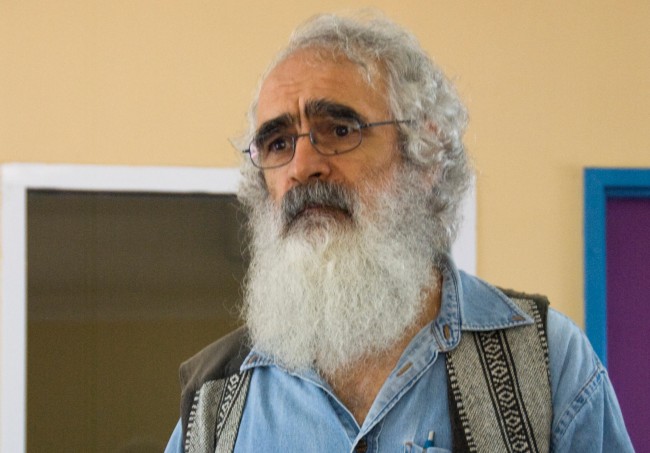 Richard Trudgen is working hard to protect residents from the scam

A lucrative phone scam has been targeting the residents of the Arnhem Land region in the Northern Territory with at least a dozen people thought to have been conned and an estimated thousands of dollars stolen.

The elaborate ploy involves a man with a “thick Australian accent” that has key local knowledge of the local community. He then uses his knowledge to gain the locals’ trust and convince them that they are owed reparations.

Once trust is gained he obtains the bank details of the unsuspecting residents and uses these bank accounts as central accounts to move the money to Asia undetected. Telemarketers then call the locals informing them that they have won a prize, have inherited money, are owed superannuation etc. but must pay a fee to receive it. This fee is then transferred into the central Yolngu owned accounts and wired to Asia.

Author and long-time resident of the community, Richard Trudgen, works with the local community and says that the scheme is quite intricate and targets the Yolngu people because of many factors, like isolation.

“It’s a fairly sophisticated scam because what they’ve done is social profiling on key people who are fairly isolated,” says Richard.

“They [Yolngu people] don’t see statements; they probably don’t receive statements or anything like that. They do their own phone banking and everything is done over the phone.

“The person who is running this scam has got a lot of local knowledge.”

Richard was first made aware of the con after his friend asked him to help transfer thousands of dollars to an offshore account. She was told that she would receive a massive amount in compensation.

“She wanted me to transfer money into Asia so she could receive one million dollars that was promised to her family because of injustices that occurred to her father before World War 2,” explains Richard.

Richard has reason to believe that this scam is not limited to North East Arnhem Land. Because of its complexity and potential to steal money it would be a waste to only target one community.

“If you were setting up a scam like this you wouldn’t just set it up in North East Arnhem Land,” he says.

Although Richard thinks that there’s nothing they can do to resolve it because the “scammer’s know what they are doing”, a start would be implementing tools that make it easier for the locals, who often speak poor English, to understand.

“If we want to arm the first Australians in dealing with things like this, give them some flaming information in a language they can understand,” he says.

“If we could just get those messages through to Canberra and everywhere else, things would be different in 10 years.”

But Richard doesn’t have 10 years and this why he produces programs on Aboriginal Resource and Development Services (ARDS) Yolngu radio that arms locals with the tools to recognise a scam. He does this in their language that they fully understand and not English which for some is their third, fourth or fifth language.

“We’ve closed the door on these blokes. Most people will just hang up on them straight away as soon as they hear an accent,” he says.

“They just tell them to get lost because they actually know the scam now.”

So what should you do to protect yourself?

• NEVER give your bank details out over the phone.
• If it sounds too good to be true, chances are it is.
• If you think you may have been scammed, report it.

The Australian Competition & Consumer Commission (ACCC) has a website SCAMwatch where you can report scams.