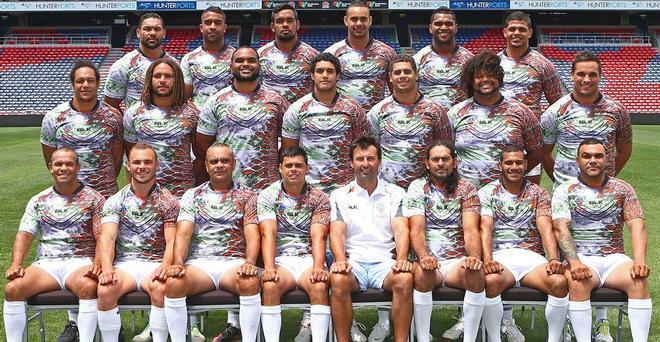 NITV will broadcast key matches from the Festival of Indigenous Rugby League this weekend, including the trial match between the Newcastle Knights and the First Nations Goannas live from Hunter Stadium at 6:30pm Saturday 8 February.

The week-long Festival of Indigenous Rugby League recognises the role Indigenous Australians play in rugby league. It is being held in Newcastle this week in place of the traditional Rugby League All Stars match which is being rested in 2014 post the Rugby League World Cup.

The event features extensive community activities, as well as curtain-raiser games between the Qld and NSW Under 16 boys teams and Qld and NSW Indigenous Women’s teams prior to the trial match.

“NITV is looking forward to broadcasting the Festival of Indigenous Rugby League and is pleased to partner with the NRL, enabling all Australians access to some of the best non-elite Indigenous rugby league players via free-to-air TV,” Mark Ella, Executive Producer Sport at NITV said.

“Sport is an important part of NITV and our coverage of Indigenous rugby league is always popular amongst our audiences.”

Interim NRL General Manager of Community, Culture and Diversity, Mr Mark Deweerd says the NRL is pleased to partner with NITV to showcase the skills and talent of non-elite Indigenous players who are taking part in the Festival.

“It is a credit to the players involved that they are part of this special week to recognise the important contribution Indigenous people have made to the game and their families and communities should take great pride in watching them on television,” he says.

The Koori v Murri Interstate Challenge is at 2pm Sunday 9 February on NITV.