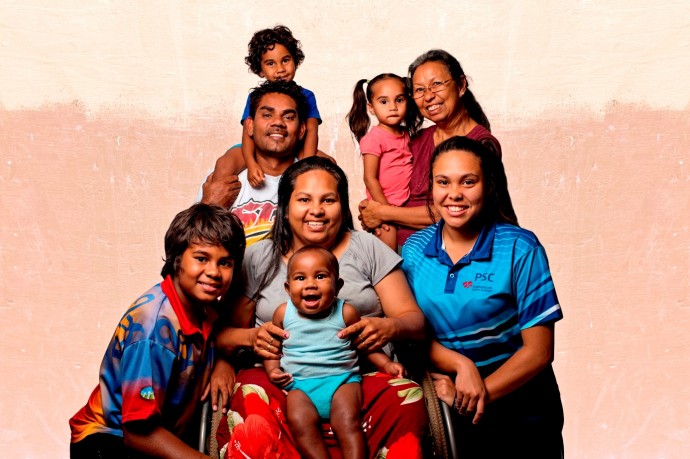 Elizika Puertollano had her life crushed in a head-on collision with a drunk driver. She lost two precious things that night, Bevaanee her beautiful 10-week-old baby girl and her own ability to walk

A new partnership between NITV and ScreenWest will provide Indigenous Western Australian filmmakers an opportunity to showcase extraordinary stories on national television. Part of NITV’s Reconciliation Week programming, the documentaries will air between 25 May and 8 June.

‘From the Western Frontier’ features three contemporary, positive, and inspirational documentaries that encapsulate the theme of ‘Defining Moments’. These stories illustrate a pivotal moment in a person’s life that has changed them, the world they live in, or contributed to defining the person that they are today.

‘My Three Families’ takes you into the life of Sue Gordon AM, the first Aboriginal Children’s Court Magistrate of Western Australia who was taken from her biological family at the age of four. ‘Thunderstorms’ explores Patrick Tittums’ dreams of becoming a pilot and how he believes that anyone can achieve greatness once their storm has passed. ‘Elizika’ tells the story of how a tragic car accident crushed Elizika’s life; she tells how she defied the odds against extreme adversity to celebrate life again.

“NITV is proud to present this home-grown documentary series that takes audiences into the lives of Indigenous Australians. In addition to our guidance during the production process, we are also excited to offer a television platform for talent to tell these fascinating stories,” says NITV Channel Manager, Tanya Denning.

Ian Booth, CEO, ScreenWest, adds: “ScreenWest is excited to have been involved in assisting these talented filmmakers bring the private worlds of three extremely inspirational Western Australians to our screens.”

As a four year old child, Sue Gordon AM was forcibly removed from her mother’s care under the auspices of the Native Act. She was placed in the Sister Kate’s Children’s Cottage Home in Perth, Western Australia, where she lived for the next fourteen years. A combination of post-traumatic stress and institutionalisation meant that Sue came to believe that she was an orphan and, any memory of her earlier years in Meekatharra with her mother and family, were lost. For 30 years Sue lived as an orphan; she started her own family and began to forge a remarkable career that saw her take positions in the Army, with NASA, in Aboriginal Affairs and as a Magistrate of the Children’s Court of Western Australia. Then one extraordinary day, her birth family found her and everything changed. Sue Gordon AM has achieved more than most in her lifetime but perhaps what makes her career even more compelling, is the personal journey that has accompanied her successful work life.

As a young boy growing up in Onslow, Western Australia, Patrick Tittums dreamed of flying a plane. Inspired by the adventures of pilot James “Biggles” Bigglesworth, in the books that his mother would buy for him, Patrick let his imagination run wild and a lifelong passion for flying developed. But in his teenage years, bowing to peer pressure, he took to drinking alcohol. A seemingly harmless and fun pastime quickly spiralled out of control and, for nearly 30 years, he toiled in the dark times until the thunderstorm of life washed him clean and he took control of his journey to fly into clear skies. Thunderstorms is a deeply personal documentary about one man’s journey in the face of adversity; a testament that anyone can achieve greatness once their storm has passed.

On a fateful night in 2006, 26-year-old mother of two, Elizika Puertollano, had her life crushed in a head-on collision with a drunk driver. She lost two precious things that night, Bevaanee her beautiful 10-week-old baby girl and her own ability to walk. Eight years later, Elizika shares her story about surviving such a devastating ordeal. An intimate look into the life of a brave young women’s quest to survive against the odds, this documentary explores the struggles and celebrations through interviews with Elizika and her family. It is a story about an inspirational young woman with gutsy determination and a love for life as she aims for her next goal in life; to walk again.