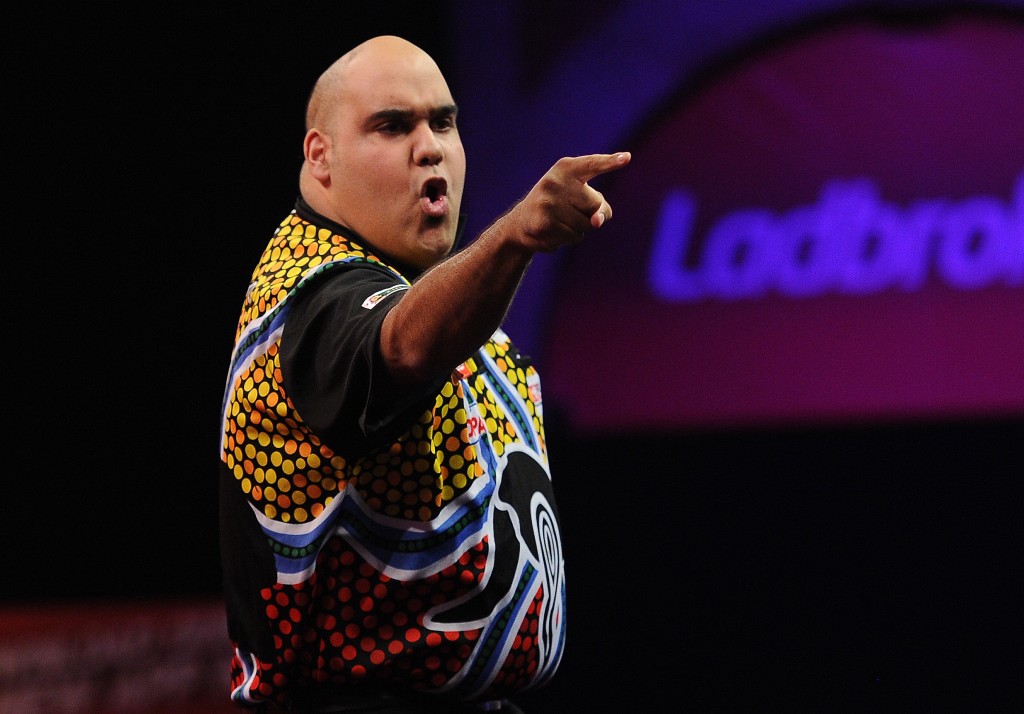 Perth man and dart extraordinaire, Kyle Anderson, became just the second Australian and the first Aboriginal Australian to hit a televised nine-darter on day two of the World Darts Championship in London earlier this week.

Although Kyle achieved perfection by checking out with only nine-darts – the fewest possible- from 501, he lost in his first-round clash with Ian White.

It’s not all bad though, Kyle will split a 30,000 pound bonus with Terry Jenkins who also conquered the notoriously difficult feat an hour beforehand, unless other players manage to achieve the almost impossible.

“The nine-darter was the highlight of my game; something special,” Kyle told news.com.

“You can’t describe the feeling, to hit a nine-darter and have my baby boy and fiancée watching back home. I came here to be a part of history and I played well today. There’s disappointment, but the high of the nine-darter outweighs the disappointment of losing.

“It hasn’t sunk in and I’ll probably wake up tomorrow still buzzing, but I think it will help people to recognise me because I want to raise the profile of darts in Australia.”

The 26 year old was met by thunderous applause after the final dart thudded into the bristle and with that he pointed at his supporting brother and says there were “nearly tears”.

Kyle, who has been competing since he was nine, will return to the World Darts Championships next year where hopefully he can throw another perfect leg.

Get your art on a pair of RayBans.

Search for the next top model.

Kaleesha is studying for change.