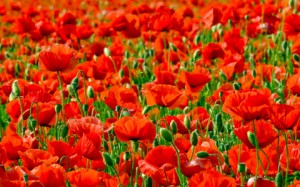 When Frank Clarke served in Vietnam in 1966, Aboriginal people were regarded as flora and fauna.

Now, almost 40 years on at a South Australian ceremony, along with several other Indigenous Australians, Frank Clarke was honoured.

“I came home from Vietnam and that’s when the referendum was held in September 1967, and that’s where I got recognised as an Australian,” he says in an interview with SBS.

“And at the same time the welfare was coming down to take away my sisters, while I was in Vietnam.”

Frank and other Aboriginal veterans like him, were honoured with the unveiling of a war memorial paying tribute to their sacrifice and service, in Adelaide SA this month.

Almost 1000 people were there to pay their respects at the monument unveiling, which features life bronzes of a male and female soldier, overlooking a traditional coolamon set on a rock, surrounded by a dreaming serpent.

Over 400 Indigenous Australians served in the First World War, with many being rejected due to the fact they were of Aboriginal and Torres Strait Islander descent.

Those who fought were only accepted after 1917 when European recruits were harder to find. This happened when the new Military Order came out stating; “Half-castes may be enlisted in the Australian Imperial Force provided that the examining Medical Officers are satisfied that one of the parents is of European origin.”

During the First World War, Indigenous soldiers were, for the first time, treated as equals while away fighting. Upon their return however, they found that society had not changed, and did not recognise their service to the country.

At the start of the Second World War, Aboriginal and Torres Strait Islanders were allowed to enlist, and many did so. Some Aboriginal organisations believed that by offering their services for the country it would help Indigenous Australia in their fight for equal rights.

Enlistment circumstances changed in 1940 after the Defence Committee decided it was “neither necessary nor desirable” for Indigenous Australians to enlist. But after Japan entered the war and more man power was needed, Aboriginal and Torres Strait Islander people were recruited in large numbers.

After returning from the war, Indigenous people found that they were again subject to the same discrimination as before.

“I think it’s really clear from those ex-service people who are here today just how much this kind of recognition means to see that there is finally some recognition for their sacrifice and their contribution to the wellbeing of this nation,” Tanya Hosch from Recognise said in a statement to SBS following a ceremony in Adelaide.

“It’s really clear that symbolism does matter to people – it’s definitely part of the continuum of work we need to do as Australians to make sure that Aboriginal and Torres Strait islander people are finally recognised in our constitution.”