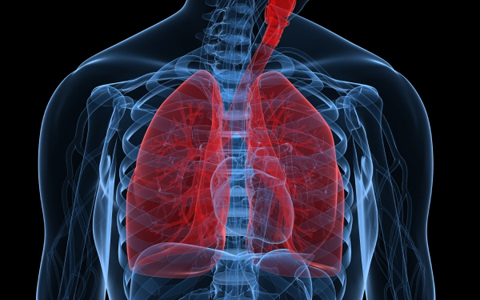 The Bronchi are the major airways in the respiratory tract that help carry air into the lungs. When these become inflamed it is defined as bronchitis – an inflammation caused primarily by a virus and in rare cases, bacteria.

Acute bronchitis usually occurs in winter and spring and starts with similar characteristics to that of the common cold or flu. The elderly, children, smokers and asthmatics are at greater risk of developing it and suffering from complications as a result.

As well as a virus or bacteria, acute bronchitis can occur from inhaling substances that irritate the lungs like cigarette smoke, air pollution, dust and ammonia.

Because bronchitis is usually caused by a virus, antibiotics will not help to get rid of it. It will eventually go away by itself with rest, fluids, breathing warm and moist air, and managing symptoms with over the counter medication.

You can also incorporate natural remedies in fighting off bronchitis. Foods like lemon, garlic, onion, chilli, raw honey, cinnamon, thyme and licorice are all effective in both reducing symptoms and fighting it off.

While your body is fighting off the sickness you should avoid alcohol and definitely not smoke. Smoking will only make it worse and increase your chances of developing chronic bronchitis, whilst alcohol will compromise the immune system.

A single episode of bronchitis usually isn’t cause for concern but it can lead to pneumonia in some people. Repeated cases of bronchitis may also signal chronic bronchitis, asthma, sinusitis, cystic fibrosis and bronchiectasis.

If the symptoms are prolonged, prevent sleep, the cough produces blood or it is very difficult to breath it is recommended that a doctor is consulted so the best path of treatment can be taken.