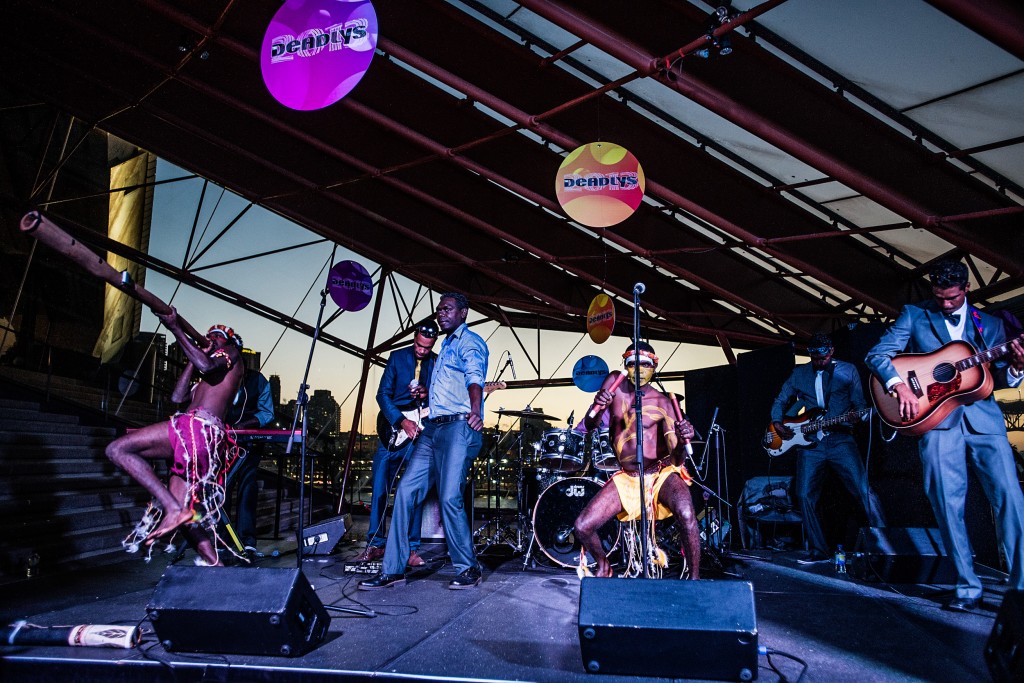 Members of Aboriginal rock band East Journey paid tribute at the 2013 Deadlys to the late Dr Yunupingu, who was also grandfather of frontman Rrawun Maymuru.

Dr Yunupingu and his band Yothu Yindi have been associated with East Journey since their beginnings in 2010, and so the tribute was a big deal for the seven member band.

Yothu Yindi’s classic rock and traditional Aboriginal sound has been an influence on the sound of East Journey, who brings a slightly more modern approach to the music.

“It’s an amazing feeling for us. Just to be here is a great feeling and a great experience. So yeah, we’re really happy to be here,” acoustic guitar player, Arian Pearson says.

Other family members of Dr Yunupingu attended the Deadlys to watch the tribute, with a speech from his wife being read out on stage by his daughter.

But it wasn’t just the tribute that made the 2013 Deadlys special for East Journey, it was their first ever experience. They also headlined performances at the Sunset Ceremony in the picturesque Northern Foyer of the Sydney Opera House.

“This is our first Deadlys, yes. We’ve seen it on TV before but we were hoping to make it one time – so yeah, this is a great opportunity for us to play,” he says.

All the members of the band were very excited to have the opportunity to travel to Sydney and experience the awards.

“We’ve played a long time and we’ve been waiting for a good moment to just come along and just the chance to spread our music into the world and to the country,” Arian says.

Currently working on some new material, fans of the band can expect some new music to surface in the next 12 months.

“Next year we’re going back into the studio and we have a new single coming out. We’re working on that first, and then hopefully after that we’re going to make a new album,” Arian says.