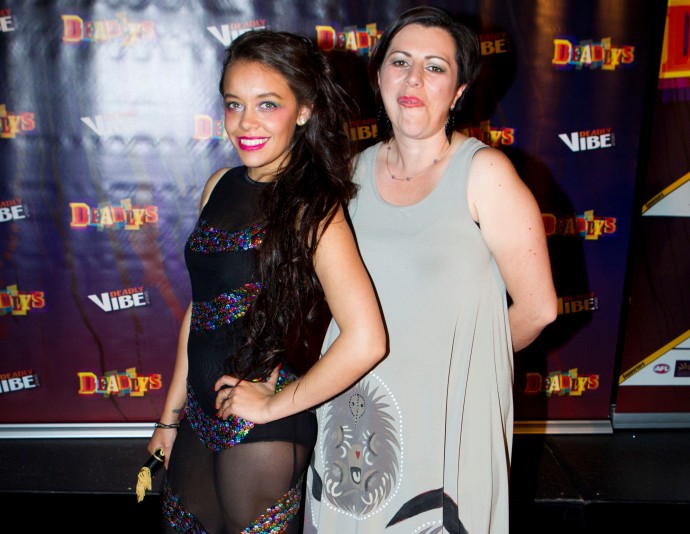 She’s entered Deadly Dressed four times, three of which she was successful, but she hasn’t won yet. Will 2014, the 20th year of the Deadlys, be Caressa Sengstock’s lucky year?

Now in its fifth year, the Gumbayngirr woman has been entering the Deadly Dressed competition since it first began. Despite not being selected one year, she has kept at it. 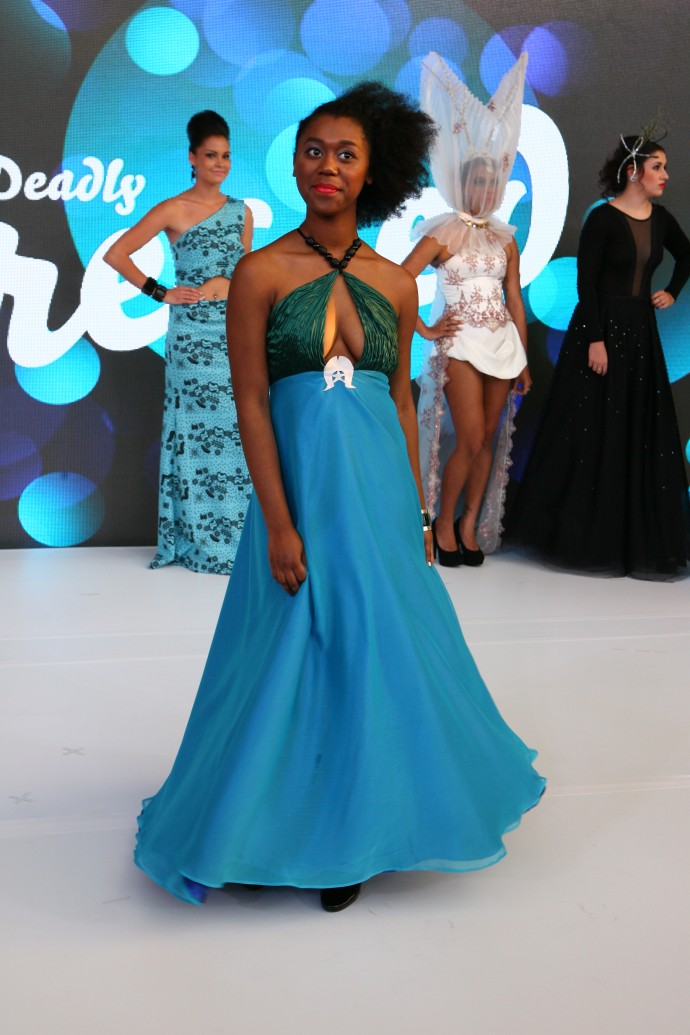 “For me it’s doing something that I absolutely love but what I don’t do every day, that’s more glamorous outfits, the evening wear and red carpet,” Caressa says.

“It’s really posh, really deadly, you know – just being able to tell a story in a real and literal way. For me, if I tell a story about rainbow serpents, then it’s the rainbow serpent that the dress is representing. It’s not done through print [but design].

“My daywear collection and my business sort of revolves around prints and inspired pieces, whereas at Deadly Dressed I can be really literal. If I want to do an echidna, I can actually make it look like an echidna sitting on the dress in some way.”

Caressa’s passion for fashion, and the industry, began in 1999 when she began studying at East Sydney TAFE. It wasn’t until much later that she realised what she was destined to do with her skill.

“Basically I started using my culture in my designs around 2010. I sort of cut my teeth on a sewing machine pretty much, but it wasn’t until I entered into a Koori arts class that I started learning so much more about the culture,” Caressa says.

“I wasn’t actually brought up in culture; my mum was adopted so it was a big part of finding out who I was and my identity at the time. It just felt right. I knew that it was exactly what I needed to do from then on…start telling my own dreamtime stories through culture.”

Caressa says that dreamtime stories are a huge influence on her design, and she often first paints her own dreamtime stories before incorporating them into her clothing designs. She says that fashion is a different way of communicating as times change.

“I really think that [Deadly Dressed] informs Aboriginal people in a different way that there’s another avenue to storytelling, and that’s through fashion and through clothing,” Caressa says.

“I think that because Deadly Dressed is so specific to the mob that come along to the Deadlys and are involved in the Deadlys in some way or another, it just really gives that real strong connection to community.”