Nominations for the 2014 Deadly Awards are now closed.

Each year the Deadlys reflects ‘the year that was’ in Aboriginal and Torres Strait Islander Australia, highlighting the best Indigenous talent and achievement across music, sport, the arts, and community. 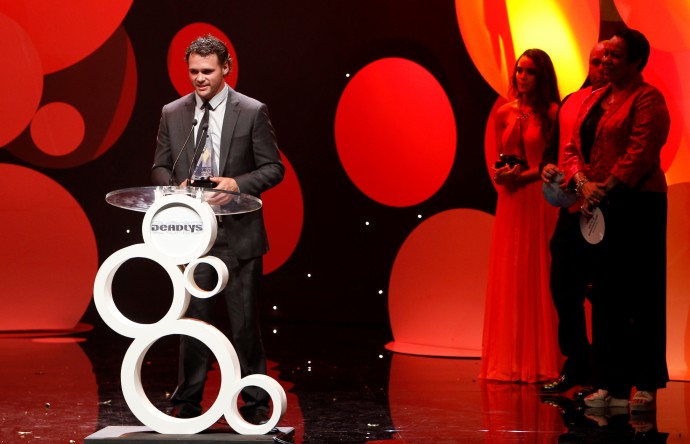 With less than two weeks to go before nominations close for the 20th Deadlys, organisers are urging the community not to miss out on telling Australia just who’s been deadly in the last 12 months.

“Not a day goes by when we don’t witness the talent and achievement of our First People’s, and sometimes that achievement has been against great odds,” Deadlys Executive Producer Gavin Jones says.

“From AFL and NRL’s stand out performers, through to our musicians, and the deadly work out there in community, we want to tell that story. And what a story it is each year, all the more special because this year we are celebrating 20 years of Deadly Awards.”

The Deadlys are arguably the largest Indigenous awards night in Australia, a night of nights, when excellence meets entertainment on the national stage, in a show that creates pride not only in the Indigenous community, but right across Australia.

“We are preparing for a show that offers the highest standard of performance from Aboriginal and Torres Strait Islander artists, and one which puts achievement and outstanding contribution centre stage,” Gavin says.

“One of the most enjoyable aspects for me as executive producer of the Deadlys is the opportunity to showcase our unique Aboriginal and Torres Strait Islander culture to the wider Australian public, and also to put forward our remarkable role models – the finalists and winners in the award categories – on a national stage and honour that achievement.”

So if you want to be a part of the 20th Deadlys, get those nominations in before 30 June and tell us who you think is Deadly in 2014 across music, sport, the arts, health, education, employment, cultural advancement, science and healing.