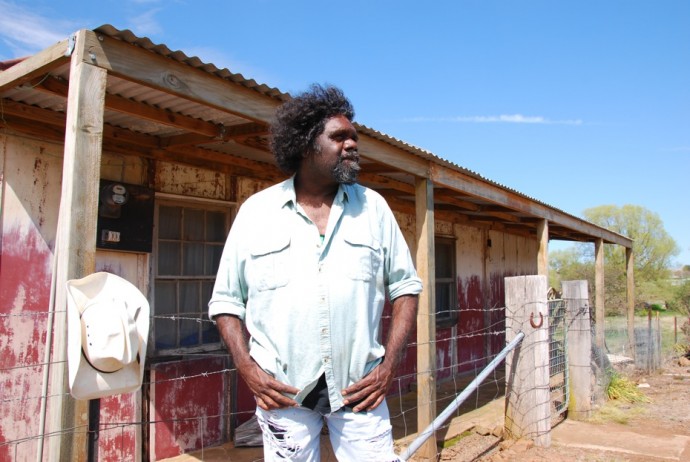 This September will mark 20 years of the Deadly Awards acknowledging, celebrating, and awarding our trailblazers, leaders, and innovators past, present, and future for excellence in music, sport, the arts, health, education and community. Twenty years of bringing the community together in recognition, and hosting goose-bump inducing performances.

With the performances being a highlight of the night, the Deadlys has brought some of the most talented artists in the country to the Sydney Opera House mainstage. Gurrumul, Jess Mauboy, Archie Roach, Dan Sultan, and the late Dr Yunupingu and Uncle Jimmy Little are just some that have produced riveting performances, and another that we can’t forget is Frank Yamma.

Frank has been a familiar face at the Deadlys over the years and whether he is receiving an award, performing his amazing music, or just there to see the show, he has always been a welcome presence. To his surprise, he won his first Deadly in 1999 for the Frank Yamma & Piranpa album ‘Playing with Fire’.

Nominate someone for a Deadly Award here

“First of all, I didn’t expect to win the award. When they called my name and I knew that I won the Album of the Year, it sort of made me release, you know? Lots of hard work, a lot of effort, sweating, and hard performance,” says Frank.

A traditional Pitjantjatjara man from Australia’s central desert, Frank has been on stage since the age of nine, getting his start by performing with his late father, Isaac Yamma’s band, Pitjantjatjara Country Band. He has performed in other bands Ulpanyali Band, Digital Dreaming, Terrasphere, Piranpa, and more recently recorded with David Bridie.

Playing Indigenous Roots, his music tells tales of his country, people, and culture that are perfectly resonated through Frank’s deep, rugged, and rich voice accompanied by his accomplished guitar playing.

“I explain my music just by opening my mouth and saying what’s true and what it’s all about,” he says. “I have to open my mouth to explain my music, so when you talk to people it’s like telling a story. Tell the story – sing the story. I’ve been doing that for years and I’m still doing it today.”

Telling his story through music as eloquently as he does is exactly why he won the Deadly all those years ago that “opened up other dimensions” and has helped on his way to becoming the renowned artist he is today.

“I think [The Deadly Awards] are good for everybody, really – every black fella musician right across Australia,” he says.

It hasn’t been all roses along the way for Frank. He has struggled with alcohol abuse and cultural degradation; these among other challenges resulted in his career being put on hold for over a decade. But in the last five years he has enjoyed the revitalisation of his passion and has manifested his brutally honest stories into the form of music.

The resurrection of his career came in the form of Australian musician, David Bridie, who believed Frank’s talent as a musician hadn’t reached full capacity. David’s realisation resulted in the two recording Frank’s debut solo album, ‘Countryman’, which has enabled Frank to perform all over the world.

“Put it this way, I’ve been to America, I just came back from London and now I have to go to Canada. Nearly half of my life I’ve been touring around, so it’s getting better and better,” he says. “It’s different than Australia, playing gigs overseas, especially Canada. I’ve never been there, so I’m looking forward to doing a show there.”

Definitely a busy man, in August he is set to release his second solo album then stage a national tour in support of it.

“The new album will be called ‘Uncle’. There’s a lot of work and processes that go into it. It’s really good fun, so I’m looking forward to it,” he says. “I didn’t get to listen to the real mix in the studio so I’m expecting all this great stuff.”

“All my mates out there that I haven’t seen in a while, I’d like to see them again. I wish them all the good luck and I’ll see them in the future,” he says.

Support Frank and keep up with his music and touring by liking his Facebook.