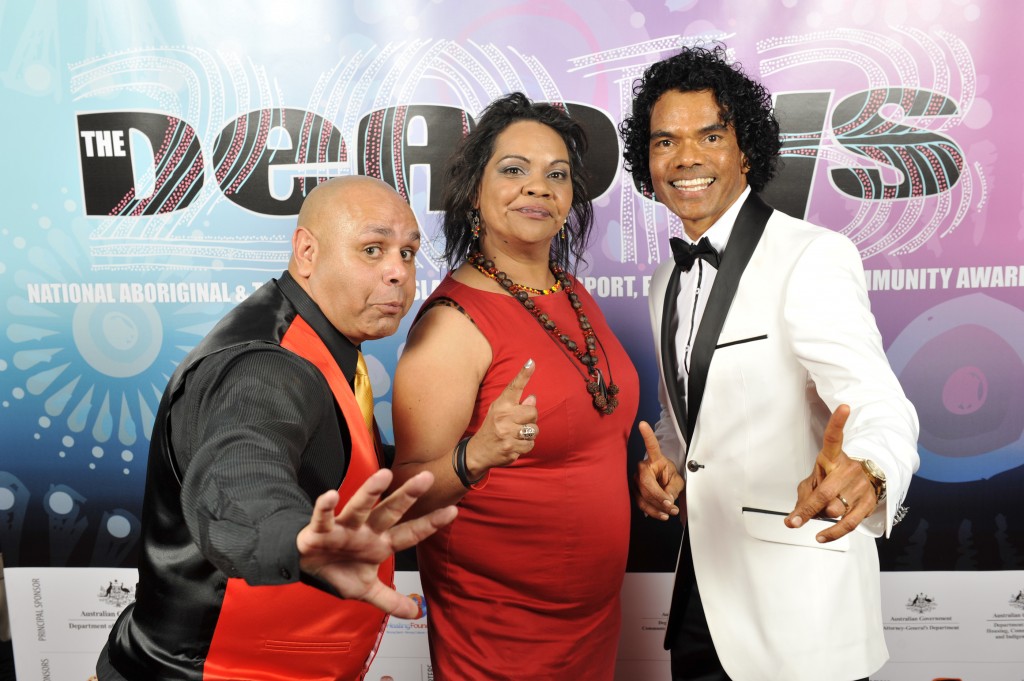 The Deadlys Comedy Gala was a roaring success at the Deadly Awards on Tuesday with some of the funniest and deadliest stand-up comedians Australia has to offer.

Shiralee Hood, Kevin Kropinyeri and Sean Choolburra had the audience in stitches with their high energy acts at the Sydney Opera House drawing on culture, community and experiences as inspiration.

Speaking to Deadly Vibe Wire before the show Shiralee was looking forward to entertaining the crowds.

“It feels really exciting. I feel very pleased that I get the opportunity to come and be a part of the Deadlys and see all the different people coming together,” says Shiralee.

“I can’t wait to give everyone a good laugh. It’s a great platform to be able to have that yarn and bring in the comedy which has kept us surviving for so long.”

Regarded as one of Australia’s funniest women, Shiralee was inspired to get into comedy because of the positive effects humour can have.

“There were a lot of different things that I saw happening in our community and, at one point, I was determined to do something about it. I found that comedy was the best way to bring out a lot of our stories and a lot of our yarns,” she says.

“Humour is massively important to me – it’s the medicine that keeps us healing.”

Comedy is only one way Shiralee tries to bring joy to the lives of others. She is also an activist who has been a big part of the ‘Beyond the Bars’ initiative – a program that enables the voices of Indigenous prisoners to be heard over 3CR’s community radio.

“I always think it’s really important for the prisoner and their family’s healing to hear their voice through radio,” she says.

Kevin Kropinyeri, who made the joke at the Deadlys that he was mistaken by some as the notorious State of Origin streaker, also helped entertain a capacity crowd at the Deadlys.

“The bigger the crowd, the more flamboyant I get. I think the smaller crowds are harder to work. I love the big stage and my mob love to be entertained with our own brand of comedy,” he says.

Winner of Deadly Funny 2009, and nominated for a 2012 VIPA Award, the witty Shiralee has been enticing audiences across Australia with her comedic style and will continue to do so.

“I’m always having fun and it’s great to make our community laugh,” she says.