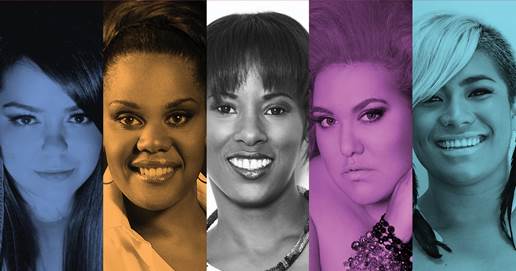 The hit live show ‘Women of Soul’ is back with an impressive line up of soul divas including Casey Donovan, Mindy Kwanten and Evie J Willie.

Originally launched in 2009, the ‘Women of Soul’ show already has two successful tours under its belt and this time around brings the talents of two more great Australian soul divas to the stage.

Growing up, Mindy Kwanten and Evie J Willie were both inspired by a host of Motown, northern and modern soul international music icons to become professional singers. They grew up listening to the music, captivated by the powerful vocals and melodies. Now the powerhouse vocalists will combine their enthusiasm and energy in this special live show, ‘Women of Soul – Tribute to Soul Divas’.

Mindy Kwanten is a well-known name in industry circles. She’s an accomplished session vocalist who has leant her voice to numerous television and radio jingles. She has also performed backing vocals for some of the country’s most prominent touring musicians.

In addition to her session work, Mindy has established a name for herself in her own outfit – Bow and Arrow – an eccentric duo with husband Mitchell Kwanten. They’ve previously released two EPs – ‘Return to Me’ and ‘Lullaby’ – and are currently working on a third EP due for release in the near future.

Evie J Willie has a similar music history and has been penning her own original material since her teen years. Last year Evie teamed up with producer and friend Phil Rigger to create her long awaited EP ‘Lady Soldier’.  As an up-and-coming Indigenous performer making her mark on the local scene, Evie continually draws back to her cultural roots, creating a uniquely Australian soulful musical experience.

Adding something special to this already spectacular concert experience, ‘Women of Soul’ will be joined on stage by three of Australia’s very own soul sisters – Deni Hines, Casey Donovan and 2012 X-Factor finalist Angel Tupai.