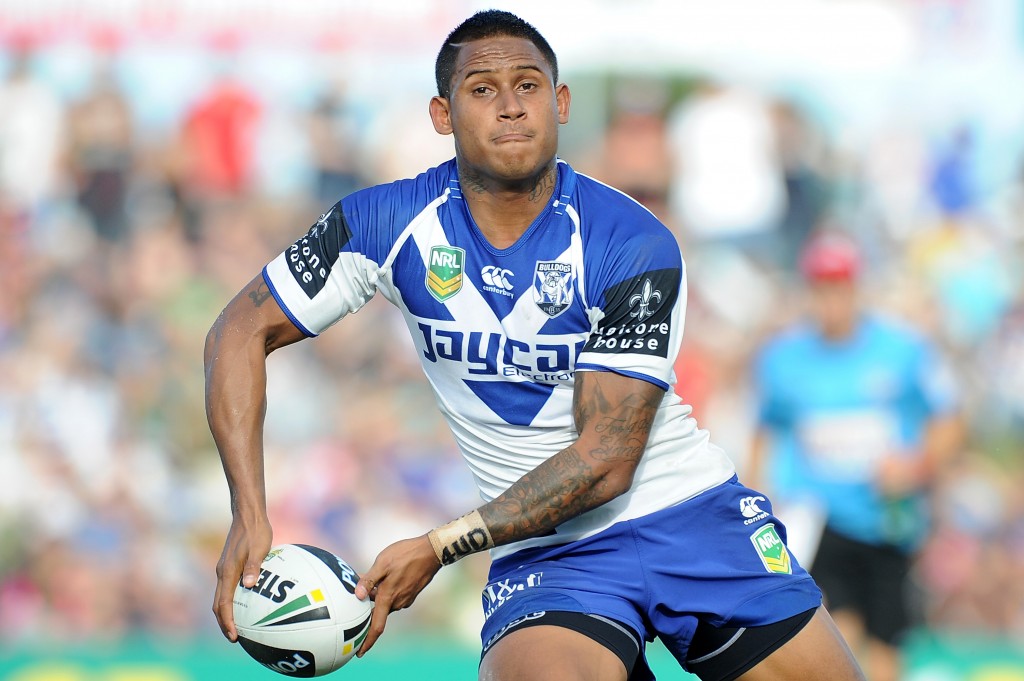 Round 21 NRL Preview – by Jake Keane

After a sluggish start to the season, the Bulldogs have clawed their way back into the top eight to currently sit in fifth spot on the ladder, and now face a challenging run towards the finals with star fullback Ben Barba set to miss the next five matches due to a leg injury.

The Bulldogs are currently tied with the Sharks and Raiders on 24 points, with the Knights and Warriors just two points behind, and the Panthers also very much still in the finals hunt, which all makes for an intriguing battle for the final four spots for 2013 finals series.

The Dogs do not have a strong record playing without Barba so far in 2013, winning just one of the three games without him.

At Redfern, Aboriginal centre Dylan Farrell has announced he will not be returning to play for Souths next season. Dylan made his NRL debut for the Rabbitohs in 2010, but has been at the club since 2007. He says his decision to join the Dragons for the 2014 season was a tough one, but was made with the interests of young family in mind.

“I’ve got a three-year-old daughter and a son on the way so it was more about looking after the family. If I was single I daresay I would’ve stayed,” Farrell told AAP.

At the other end of the competition ladder, the Eels look certain to claim this year’s wooden spoon and the club has announced that Chris Sandow will not be considered for selection in the NRL team while he deals with some personal issues concerning gambling.

Some of the standout clashes for Round 21 include the Broncos V Knights game which kicks off the round on Friday night. The improving Knights were solid but simply outclassed by the Roosters last round, and remain in the top 8, just. Brisbane’s season is well and truly on the line, giving this game plenty of added interest with both clubs having much to play for as the end of the season looms.

Also on Friday night, Michael Jennings returns to play against his former club the Panthers. Jennings has been great for the Bondi club this season as the Roosters continue their surge towards the minor-Premiership, with only arch rivals South Sydney standing in their way. It’s hard to see the Panthers causing an upset here, but if they could, it would do wonders for their chances of making the finals as they will not face much tougher competition in their final five matches.

The Sharks are another team who find themselves in a precarious top eight position, and play the Warriors on Saturday, a club well and truly banging on the top 8 door. I think the Warriors will make the top 8 this year. They gave league leaders South Sydney one hell of a battle a few weeks ago and once again proved their metal against Melbourne last week. They are big, fast, and when they get a roll on, very hard to contain. I couldn’t tip against the Warriors in this one considering they are playing at home.

On Sunday, Melbourne will look to bounce back from a loss last week to the Warriors and a mini (albeit Origin affected) form slump that has seen them lose four of their past five games. Canberra has a great record playing against the Storm in recent years and these two clubs seem to always produce entertaining matches when they meet. Despite being cleared to play, Blake Ferguson has been left out of the Canberra line up by coach David Furner for this one.