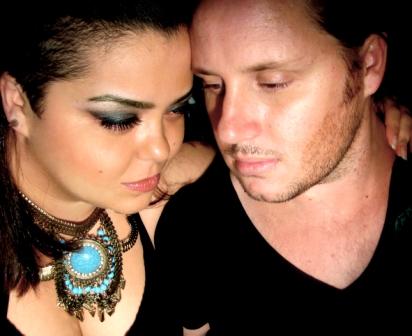 The City of Sydney’s NAIDOC in the City event will raise awareness about the importance of urban Aboriginal and Torres Strait Islander culture, which is too often overlooked, according to community leader Lachlan McDaniel.

The co-chair of the City of Sydney’s Aboriginal and Torres Strait Islander Panel will be among the hundreds of people celebrating the world’s oldest living culture at the free event at Hyde Park on Monday 8 July, which features song, dance, food, arts and crafts.

Mr McDaniel said that despite being more than 4,000km apart, Aboriginal and Torres Strait Islanders living in Sydney and the Yirrkala peoples in the Northern Territory, both shared a strong desire for recognition of their culture.

“People make a really strong distinction between remote and rural areas and urban Indigenous culture, but I think there are some links there,” Mr McDaniel said.

“NAIDOC Week is an important chance for people across the nation to stop and recognise the great diversity of Indigenous culture. There is a unique Aboriginal and Torres Strait Islander culture in Sydney that is a unique contributor to the identity of the places in which we live – and most Sydneysiders should know about that.

Mr McDaniel is also project officer at Recognise, which is lobbying for recognition of Aboriginal and Torres Strait Islander peoples in the Australian Constitution.

The theme for NAIDOC Week 2013 is We Value the Vision: Yirrkala Bark Petitions 1963, which will mark the 50th anniversary of this important turning point in traditional rights and ownership.

“Our Eora Journey, which we launched in March in Redfern, has four projects to give residents and visitors a better understanding of the wonderful depth of Aboriginal and Torres Strait Islander culture,” the Lord Mayor said.

“Its public art component, worth $5.15 million, will provide better recognition in the public domain, with self-guided walks past significant monuments.

“And we’re also exploring options for an Aboriginal and Torres Strait Islander cultural centre in the heart of the city, as well as a major annual event to showcase the best of the culture,” the Lord Mayor said.

“To have NAIDOC in the City at Hyde Park is a wonderful way to celebrate our culture and provide access to it, for as many people as possible in an urban environment,” Mr Jones said.

“The very important theme of the Yirrkala Bark Petitions also shows the vision, determination and commitment of our people to land rights, culture and traditions. Remembering, respecting and celebrating this history and these traditions moves us all forward on our reconciliation journey.”

NAIDOC Week celebrates the National Aborigines and Islanders Day Observance Committee, which grew from the first political groups of the 1920s.