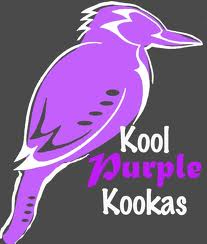 A ‘kool’ cooking program is teaching Aboriginal children how to cook and prepare healthy food while also learning about culture. It just shows what a great idea can lead to.
The Kool Purple Kookas program was founded by Corey Grech in 2011 with the support of the Purple Goanna, an Aboriginal cafe in Redfern owned by Corey’s sister Suzanne. The program aims to provide Aboriginal children with the facilities and skills to cook simple, healthy meals inspired by bush tucker – the menu includes things like kangaroo, crocodile and emu. It also hopes to promote healthy eating habits among Aboriginal children, as well as improve the health and wellbeing of the adults of tomorrow. “The program started four years ago with just an idea, a dream. I was working at the Purple Goanna Cafe in Redfern, with my sister Suzanne – I’m a mechanic by trade now, but I went to help my sister at the cafe – and I realised I had a knack for cooking, my way, the simple way,” says Corey. “Then I had an opportunity to do some cooking work with some kids and they loved it. The kids chose the name of the business: the Kool Purple Kookas. “I started running cooking programs in a community in Sydney on Friday afternoons – we wanted to engage with the community and they also got a feed. This was good timing because sometimes on Friday afternoons, the kids can be left on their own and they can get up to mischief. We wanted to educate the kids and give them the tools for when they are on their own,” he says. “Then we started to see it was working – we were getting good outcomes from it. It went from being run on an ad hoc basis to running cooking programs five times a week within three months.”

Kool Purple Kookas became a not-for-profit organisation in 2011 and Corey says they are all about making social change on an achievable level. “It is social change, but not in the clichéd way that everybody does – this is my little piece of the puzzle. I don’t treat the kids like dummies and I don’t overload them with information. My biggest problem is that Mum and Dad don’t eat crocodile, so how am I going to get the kids to do it? One of the things we talk about is how long (culturally) we have been eating this stuff for,” he says. “I teach them that they are the only ones who can control their diets.The parents get a bit thin with me and tell me their kids won’t eat Maccas anymore – I say you should be happy with that. I also tell them I have taught the kids how to make a packed lunch – maybe you should take them to Woolworths instead.”

Apart from the cooking classes, Kool Purple Kookas also runs a Mums and Bubs club. “The main health problems in our culture seem to be obesity and diabetes, so these are what I focused on with the Mums and Bubs program. We talk about these conditions, how you get it and what it does to you,” he says. “I like working with Years 5 and 6 children the best because they are still open to change and new things. They are sponges at that age, but by Year 7 they tend to ‘know it all’.” Corey has also just compiled his first community cookbook. “I go to communities and they teach me a dish from that area, then I put a healthy spin on it and put the dish into the cookbook,” he says. Since launching the Kool Purple Kookas, Corey has facilitated programs for the South Sydney Youth Services through the Kool Kids Club and the Australian Football League in NSW.