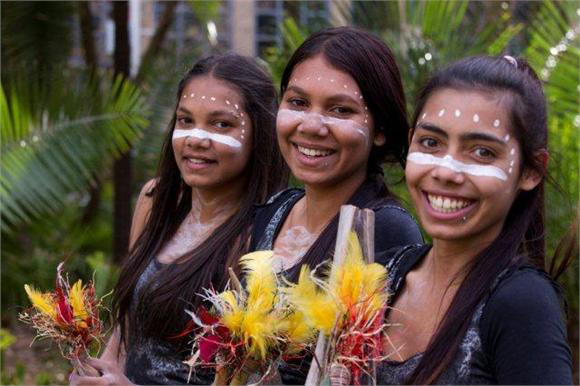 Come along and experience Australia’s oldest living culture through food, song, dance and art at NAIDOC in the City, held on 8 July from 11am – 3pm at Hyde Park North.

NAIDOC in the City will host a variety of activities including… Performances from artists such as the Street Warriors, Leah Flanagan, Bow and Arrow and funny man Kevin Kropinyeri. A celebration of Yolngu culture through dance with all welcome to join in around our Dancestry circle. Art and culture displays from the Australian Museum, Taronga Zoo and The Eora Journey, plus an opportunity to try your hand at traditional basket weaving. An interactive Kids Zone including art and culture workshops plus performances from Move It Mob Style hosts. Traditional foods, arts and crafts will also be available.

If you would like to apply to be involved in the marketplace, you can download the application form here. Hosted by the City of Sydney and produced by Vibe Australia, enjoy a day in the park with family and friends, traditional food, arts and entertainment! (Include CoS, NAIDOC and Vibe Logos)

2013 NAIDOC in the City Stall Application