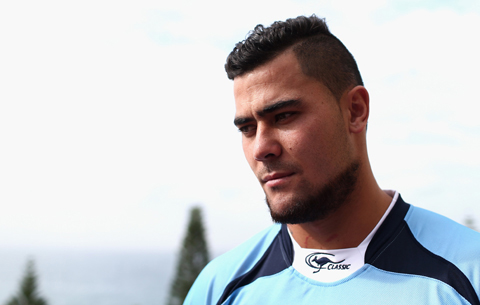 Well the countdown to Game 1 of the State of Origin series is well and truly on with the big game at ANZ Stadium in Sydney just five days away. Both teams were named last week, and the Blues team on paper is one of the strongest line-ups New South Wales have mustered for some years.

As expected, there weren’t any surprises in the Queensland team. Their ability to pick the same nucleus of champion players, year after year, has played a massive part in their continued dominance of the series. Justin Hodges and Greg Inglis are a formidable centres’ pairing while Sam Thaiday will be charged with getting the Maroons on the front foot.

A concern for the Maroons will be the fitness of Hodges who has missed a number of games this year due to injury, and it’s reported he may require the aide of painkillers to play in Game 1. Johnathan Thurston will once again steer the team from the five-eighth position. One of Thurston’s great strengths is his ability to continually perform on the biggest stage. He is a big game player, perhaps the best we’ve seen since Wally Lewis, and he has proved the game breaker in the Origin series so many times now it’s become painfully monotonous to Blues fans. Johanthan is currently expecting the birth of his fist child any day, which means there is a slight chance he may miss the match. If he doesn’t end up playing, the Blues chances of winning will skyrocket.

Meanwhile, Greg Inglis holds the record for the most tries scored at Origin level (14). Greg was very quiet in the Rabbitohs loss to the Sharks on Monday night which makes me think he may have been preserving himself for this match. His form so far this year doesn’t bode well for New South Wales, that’s for sure. Now for the Blues, and all the buzz on this line-up surrounds the selection of three debutants, two of which I’m very pleased to report are Aboriginal. For many years us Indigenous New South Wales supporters (yes, there are a few of us out there) have been waiting impatiently for an Indigenous influx into the Blues team, and in the selection of Blake Ferguson and Andrew Fifita, along with the long-time Blue, Greg Bird, this team features the most number of Indigenous players New South Wales have fielded in my memory. You can of course add Laurie Daley, the Blues coach into the mix as well, giving this year’s Blues a decidedly Indigenous flavour.

Blake has been rewarded for some very strong form to start 2013 and could very well be the Blues X factor in a series which always seems to go down to the last few minutes. Andrew Fifita, meanwhile, will bring lots of enthusiasm, grit and aggression into a handy looking Blues forward pack and New South Wales teammate, James Tamou, has labelled him the most in-form player of the Blues line-up. Queensland may have won seven series in a row, but that isn’t too say each series has been a blow-out. New South Wales came agonisingly close to winning the series last year which shows the gap in quality between the two States is gradually diminishing, and this Blues team for Game 1 is better on paper, in my opinion, than any of those selected last year. I also think Daley will do a good job preparing them. So, I’m tipping the Blues in a very close match, only because they are playing in Sydney and I think the introduction of some new blood will provide some spark and energy to compliment the home ground advantage.