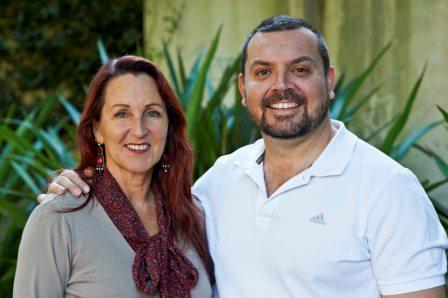 Screenworks the Northern Rivers screen industry organisation, will be holding a residential workshop next month for aspiring Aboriginal and Torres Strait Islanders to develop storytelling skills through the medium of screenwriting.

The workshop will be held in Lismore NSW and be mentored by renowned Indigenous screenwriters and producers including Jon Bell, who has worked on shows such as Redfern Now and Gods of Wheat Street.

The workshop also aims to uncover undiscovered talents and give writers a foundation to build a career and expand their knowledge.

“Telling stories is something that blackfellas naturally do anyway. It’s exactly that sort of stuff that builds a culture. If you can get one person going along that’s still good but if you can get a bunch of people going along together to reinforce and support each other that’s great,” says Jon Bell.

“That’s the kind of stuff we’re trying to get going up here.”

A big part of traditional Aboriginal culture has always been storytelling and with 40,000 years of culture there are exciting and unique stories to be found.

“I think it’s just a very natural and ingrained thing for us. It’s a normal part of the way we communicate. The way we tell stories tells us a lot about who we are as a people.”

There is an untapped resource of Aboriginal and Torres Strait Islanders, especially in more remote areas, with the potential to be great storytellers and screenwriters purely from amazing experiences.

“We hope to get as broad of a range of people as we can. People who have got experience; people who have worked in the industry in some form or another and even people who just have a story,” he says.

“Their inspiration will certainly come from their everyday experiences and they’re the kind of ones we want.”

As well as developing skills, an outcome of the workshop is to preserve stories and let them be heard.

“I don’t think there is anything more important than their stories being told. Firstly you want the survival of your people and secondly you want your people to flourish, and the way that we do flourish is by communicating the stories, every generation stands on the older generations’ shoulders. That’s of a vital importance to us as a people.”

“I think that contemporary Australia or ‘Whiter Australia’ is more Aboriginal than they think they are. In Australia all they see are the differences but when they go abroad they see just how much Australia has been influenced by the Aboriginal culture,” he says.

“So the traditional culture and contemporary culture will complement each other because they’re more closely linked than is usually presented.”

Lately we have seen an explosion of Aboriginal feature films and TV shows and successful applicants just may be the next ones to contribute to this growing industry.

“I think Australia has turned a corner and they’re ready to hear Indigenous stories without a value that they may have placed on them. Aboriginality in Australia has been a political statement for as long as anyone can remember but to be able to take the political aspect out of it and tell the story without any political value is great,” Jon says.

“Australia’s become ready to listen to those non-value statements. It’s artistic, not political.”

Jon may even collaborate if the right storyteller presents themselves.
“When someone comes along that’s interesting you can’t help but to get caught up in it, so it’s totally possible,” he says.

The deadline for applications to attend the screenwriting workshops is 15 July and only 15 spaces are available. Successful applicants will be provided with accommodation, transport and meals. Applicants are required to fill in an application form, submit an example of their writing and a resume as part of the application process.

If you’re a good storyteller and would like a chance to engage in this amazing opportunity visit Screenworks website at www.screenworks.com.au or phone 02 6687 1599.