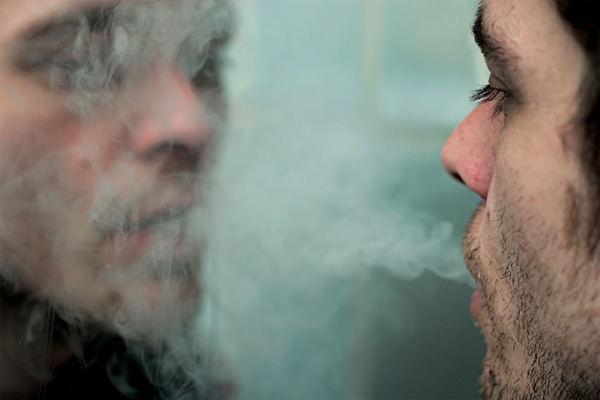 Even if you have been a long term drug user and never experienced mental health problems before, that is no guarantee you will continue to be safe in the future.

“Excessive drug use has been shown to trigger and some would say cause mental illness if used heavily for a long time. Some may say with marijuana for example, that 20 joints a day for two years is excessive use, but if someone’s vulnerable then one joint might be enough to trigger mental health problems.”

While some people believe that certain drugs are more dangerous than others, Barbara says that even drugs that some people may consider safe, such as alcohol, can affect your mental health.

“When it comes to mental health; dope (marijuana), ecstasy and ice are the ones that people talk about the most, but alcohol is also not good,” says Barbara. “If someone has a depressive illness; alcohol can really trigger depression and make it worse. What alcohol tends to do is bring out your underlying personality. Alcohol and depression are also very much linked with suicide.”

Barbara says most people use drugs to make themselves feel better in the short term, but it is important to remember that this can make things worse in the long run.

“Using drugs won’t solve problems, in fact, if there is an underlying mental illness developing, the drug will make it much, much worse. If you haven’t had a lot of joy or opportunities in your life, you may be using drugs to forget about things but that’s a very short term solution and it’s not going to change your problem in the long term. If you can talk to someone about how you feel and what support you can get to reduce your drug use that is a good start.”

There are many myths around drug use and Barbara says it is important to get your information from reliable sources such as your doctor or Aboriginal Medical Service.

“There is a myth that marijuana doesn’t cause any problems because in some people it doesn’t. People will believe what suits them to believe and anyone who is a pot smoker can tell you lots of names of people who’ve never had any problems but they can also tell you about people they know who haven’t escaped without mental health troubles. There is also a myth that everyone drinks to have a good time and that alcohol gives you a good time, but for many people it doesn’t.”

Even a drug that most of us associate with physical ill health, rather than mental ill health, smoking, is now recognised as a risk factor when it comes to your mental health.

“There is research that now shows that smoking as a teenager is an indicator of depression in adult life and people, particularly those with psychotic illnesses like schizophrenia, are often very heavy smokers. Smokers with mental illness also often need higher doses of their medication than non-smokers.”

But remember, the past does not equal the future and there is always something you can do to get your life back on track.

“If you think you have an illness that has been triggered by drug use you need to seek professional help and stop using the drug as soon as possible. You can see your doctor or contact the Headspace program which offers assistance to both drug users and people with mental health issues,” Barbara says.

“They can also help you develop new life skills and refer you to the right program for you. By getting your life on track you can become healthier and happier and be able to take advantage of the other opportunities life has to offer.”