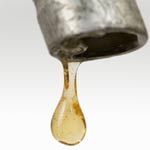 The number of sniffers has dropped since the Federal Government began subsidizing Opal fuel for petrol stations but there is still more to be done.

The roll out of Opal fuel has helped with problem petrol sniffing in affected communities but problems still exist where there are rogue petrol stations or areas not yet switched over to Opal.

Although all fuels are potentially toxic, Opal is considered the least toxic in terms of chronic exposure.

Close to 120 Central Australian petrol stations have voluntarily switched to Opal but a number of retailers in problem areas refuse to stock it.

The rates of petrol sniffing in Central Australia have become “very limited or non-existent” since the introduction of Opal, according to a Federal Parliamentary report released in March.

The report recommends the supply of Opal be mandatory at petrol stations in areas where petrol sniffing continues to be a problem, suggesting retailers should be made to switch to the fuel if they don’t do so voluntarily in the next six months.

While much of the attention has focused on Central Australia, community agitation for action is spread across remote communities in Western Australia, Queensland, the Northern Territory and South Australia.

Petrol sniffing is a form of substance misuse. Petrol sniffers deliberately inhale the petrol fumes given off for the intoxicating effect. They hold a saturated cloth over their nose and mouth or sniff directly from a small container.

The immediate effects of petrol, or most inhalant sniffing, are a feeling of being “high” or happy, dizziness, numbness and being disconnected from one’s surroundings. This is followed by hallucinations leading to strange behaviours, muscle weakness, loss of motor co-ordination, slowed reflexes, slurred speech, impaired judgement, nausea, coughing, sneezing, and increase in saliva. After sniffing, ‘hangovers’ and headache may last several days.

For a woman, even if she stops sniffing petrol, she may have a smaller baby and may need additional health careduring and after the pregnancy. There is some evidence of birth defects and disabilities in babies born to women who sniffed petrol.

Regular use of inhalants leads to tolerance of side effects but damage to organs, including the brain and heart, continues. Withdrawal symptoms may include chills, headaches, abdominal pains, muscular cramps and hallucinations.

The Bush Book, now in its third edition from the NT Government’s Department of Health and Families, contains information on alcohol and drug abuse, as well as environmental health and food and nutrition information. For more information go to: http://www.nt.gov.au/health/healthdev/health_promotion/bushbook/