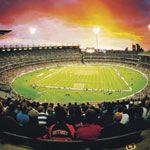 Giving our kids a sporting chance.

The Minister for Education, Employment and Workplace Relations and Social Inclusion Julia Gillard has announced 11 new Sporting Chance Projects that will be commencing in 2008.

Through the Sporting Chance program, the Government provides funding to projects which use sport as a way to improve the educational outcomes of Indigenous students and to encourage them to go on to further study and training.

“AFL has, and continues to, play a positive role in Indigenous communities,” Minister Gillard said at the opening of the Dreamtime at the G match. “It has provided people with a focus, a want to achieve, a motivation to stay healthy. It has given Indigenous kids role models to look up to

Minister Gillard also announced the creation of up to 300 additional apprenticeships and traineeships for Indigenous Australians across the country. This has been made possible through the Australian government’s partnership with Group Training Australia.

These apprenticeships will be in industries including construction, transport, clerical, administration and management.

One hundred and eighty apprenticeships will be for Indigenous people in regional and remote areas.