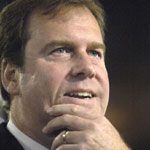 Federal Attorney-General Robert McClellan has described a meeting of commonwealth and state government ministers in Perth as an “historic opportunity” to advance the interests of Indigenous Australians.

Among the newly proposed measures are the recognition of non-exclusive native title rights in territorial waters up to 12 nautical miles offshore.

Mr McClelland says the recognition will not affect existing interests in those areas, such as fishing or oil exploration and told reporters that the meeting signalled a unique opportunity following the apology to Indigenous Australians by Prime Minister Kevin Rudd.

“The apology has engendered considerable goodwill in the community,” Mr McClelland said.

“There is tremendous opportunity to do great things for the Aboriginal community through the resources boom.”

He said the states and territories would now be able to work together to share “best practice models” of progressing Aboriginal interests.

“I’m very optimistic that as a result of this meeting today, through the tremendous goodwill and cooperation that has been shown, we will be able to use this as an historic opportunity to advance the interests of indigenous Australians,” Mr McClelland said.

“(This will be done) through enabling them to use legitimate native title interests to advance their interests and we can do that through a cooperative approach that avoids litigation and works on broad mediated outcomes to the interest of all stakeholders.”