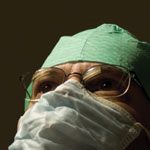 Wanna ditch the durries? You don’t have to do it alone.

Cigarette smoking is responsible for more deaths in the Indigenous population than either alcohol or petrol sniffing. More than 50 per cent of our mob smoke, and this is having a serious impact on our health and life expectancies.

Dr Rowena Ivers, from the Illawarra Aboriginal Medical Service (AMS) on the South Coast of NSW, has been operating a smoking intervention program for the past three years. Together with dedicated tobacco health worker Lillian Karlsson, Rowena offers resources and support for Indigenous people from the area who are trying to ditch the durries.

“For some Aboriginal people, there are semi-traditional reasons for their smoking. But there is also the fact that many Aboriginal and Torres Strait Islander people are just not getting access to information and resources that can educate them about the dangers of smoking, and the effects that it has on their health.”

The impact of smoking on our community is frightening. Smoking can cut up to 10 years of your life expectancy, and in a population that already experiences lower life expectancies than the non-Indigenous population, this is a real concern.

“The major health problems caused by smoking are heart attack, stroke and several kinds of cancers,” Rowena says. “But if you quit, you can reduce your risk of these health problems to that of a non-smoker.”

Rowena has found that many people who quit smoking do it when they’re ready and do it by themselves.

“This could take five or six attempts,” she says. “But you can do it, especially if you have the right support.”

The Illawarra AMS offers a special quit smoking program for Indigenous people in the area. As well as ongoing support through phone calls and weekly meetings, patients can access free nicotine patches and inhalers to help them kick the habit.

“I recommend that if you want to quit smoking, you should visit your local AMS and see what kind of support they can offer you,” Rowena says. “You shouldn’t have to go it alone.”

Even more important than getting Aboriginal and Torres Strait Islander people to quit is stopping them from taking up the habit in the first place. Rowena believes that parents and other community members can do a lot to stop the young people in their community from taking up smoking.

“If your young fellas see you quit smoking, you’re sending them a message that smoking is not okay,” she says. “It’s all about good role-modelling.

“Of course, young people also need to be educated on the risks of smoking, and what it can do to their health in the short and long term.”

Rowena encourages everyone who is thinking of ditching the durries to do it now.

“Just give it a go,” she says. “If it doesn’t work out the first time, don’t feel discouraged. Talk to your local AMS or doctor about nicotine replacement therapy, and get the support you need from your health service and your family and friends. You can also always call the Quitline (131 848) if you feel the need for some extra inspiration or support.”

INTRO: That little bit of extra help might be just what you need to quit for good.

What are nicotine replacement products?
NRT products include gum, patches, lozenges, inhalers and tablets. You can buy them at the chemist without a prescription. Always follow the instructions on the packet, and ask your chemist or doctor if you have any questions or concerns. They can also help you to decide which kind of NRT product is right for you.

If you’re taking any medication or you’re pregnant, you should talk to your doctor before using any NRT products.

How does nicotine replacement therapy work?
NRT products work by releasing small amounts of nicotine into your bloodstream. This helps to reduce withdrawal symptoms and cravings that most smokers experience when they quit, and gives you time to break your smoking habits and start getting used to living without cigarettes.

Over time, you can gradually reduce your intake of nicotine by switching to lower dose products, until you can stop altogether. Depending on the product you’re using and your degree of dependency, this could take several months.

Is it bad for me?
NRT is much safer than smoking, as NRT products don’t contain any of the dangerous chemicals found in cigarette smoke. It’s also much less addictive, as you absorb far less nicotine at a much slower rate than you would if you were smoking.

You should never smoke at the same time as using NRT products. Nicotine can be toxic if taken in high doses, which means it can make you sick if you have too much.

Is it expensive?
An average smoker will probably spend around $50 to $60 a week on cigarettes. Although NRT products are not cheap, they’ll cost you less than smoking, and will save you loads of money in the long run.

Remember: NRT alone is not enough to make you quit smoking. You need to have the determination and the willpower to quit if you want to ditch the durries for good.

Call the Quitline on 131 848 today, or head to www.australia.gov.au/quitnow