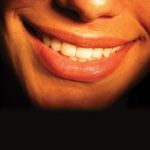 Your smoking doesn’t just hurt you ” it hurts your family too.

When you’re smoking, other people around you are also exposed to your cigarette smoke. When other people breathe that smoke in, this is called passive smoking.

There are three types of passive smoke produced by cigarette smoking. They are:

Sidestream smoke contains many cancer-causing chemicals and other toxic substances. The levels of these substances can be up to 30 times higher than the smoke being inhaled by the smoker! However, because sidestream smoke is mixed with the air before the passive smoker inhales it, they don’t get the same level of toxic chemicals as the smoker, who is inhaling them straight into their lungs. This means that smoking is still more dangerous.

Still, just like smoking, passive smoking can cause illness and disease. Passive smoking has been shown to cause heart disease and lung cancer. There is also evidence to suggest that exposure to passive smoke can cause other forms of cancer such as cervical cancer and breast cancer, as well as miscarriage and stroke.

Passive smoking can increase the risk of Sudden Infant Death Syndrome (SIDS) in babies. Children exposed to passive smoke are at a greater risk of lung infections like bronchitis and pneumonia, and are also more likely to develop asthma. Passive smoking can also cause ear infections and coughing and wheezing.

Cigarette smoke is also irritating to the eyes and nose, and can cause headaches, nausea and sore throats in passive smokers.

The more a person is exposed to passive smoke, the more they are at risk of developing illness or disease. Children of smokers are particularly at risk.

The best way to protect your friends and family is to quit smoking. If you do choose to smoke, make sure you consider others. Don’t light up inside, in the car or around children.