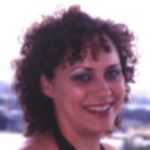 Julie Nimmo is someone for whom the term “˜personable’ could have been invented. With her engaging green eyes, liquid voice and conspiratorial smile, she has the art of rapport down to a tee. In her purview, you are unquestionably the most important person in the world right now. Spirited without being bubbly, empathic without being invasive, this is one journalist you’d have no qualms about sharing an unguarded moment with, camera crew and all.

As a producer/reporter at SBS TV for seven years, Julie got a lot of people to do just that. Filing stories for ICAM, among other programs, she broached a raft of sensitive issues that, in lesser hands, would most likely have been fashioned into overtly moral case studies. Giving a voice to the residents of “˜the Block’ in Sydney’s Redfern, or to Aboriginal people on the inside, she refused to offer up easy solutions to what are clearly complex situations.

Now she is reaping the rewards of all that hard work at SBS, which she went to straight from a Communications degree at the University of Technology, Sydney. In fact, she’s over the moon ” and who wouldn’t be? Not yet 32, she’s just won her first Walkley award (Australian journalism’s Oscars), and scored a new job with leading filmmaker Rachel Perkins.

While 2002 was her first Walkley win ” for “No Fixed “Address”, a story about homeless Aboriginal young people in Sydney ” Julie also scored a Special Commendation at the 2000 Awards for “Koori Inmates”. But, as she explains over a cool drink on a warm summer’s day, things didn’t quite go to plan.

“Basically they forgot to tell me I’d been nominated. They also forgot to put me on their website or include me in any of the publicity, and they forgot to invite me to the awards night dinner. I only ended up going because Darren Dale, with whom I’d researched the story, rang up and blasted them.” She lets out a warm chuckle. “So winning this Walkley was like sweet justice, baby!”

The twits at the Walkleys should have known better. They should also have known that Julie has based a successful career in journalism around the notion of a fair go for all. No anodyne television for her ” as far as this Wiradjuri woman is concerned, it’s the perfect medium for social change.

“My sense of social justice has always been quite prevalent,” she says. “Because my parents didn’t have much money, I would often visit the library to borrow books and my dad made me read the newspaper every day. So from early on I was quite conscious of what was going on in a political sense.”

Born and raised in Sydney, Julie’s first political moment took place in a swimming pool when she was five years old. Her family had travelled to Moree to visit relatives and young Julie was splashing about in the thermal baths with her aunty, having the time of her life.

“Then my aunty said to me, “˜Now Julie, there’s only one reason you’re here, and that’s because of a man named Charlie Perkins.’ At the time I didn’t know about the Freedom Rides and how that had brought about the desegregation of that very pool, but I knew what my aunty had told me was important.”

Later, when she was at primary school in southwest Sydney, Julie’s mother would sometimes offer her services in the canteen, much to the irritation of her white classmates.

“After recess they’d come up to me and say, “˜I’m not buying anything from your mum at lunch ” she’s dirty.’ My awareness of racism was heightened, although as a fair-skinned Aboriginal person I sit in that little gap where I can pass for white. But I understood what people around me were going through and it hurt me. I felt I should have been copping it too.”

By the time she’d finished her studies and landed a traineeship with SBS, Julie knew that her personal charter in life was to challenge the status quo on issues of unjustness and inequality, particularly with regard to Indigenous peoples. As her skills increased, so did her attraction to harder, more complex stories.

“I had an amazing time at SBS. It’s one of those incredible places where, if you have the get up and go, you can try your hand at anything. It encourages initiative and risk-taking. I was lucky in that I could read about a story, think about it for a while, pitch something to my boss ” who more often than not would say “˜yes’ ” and then go and realise it. I didn’t really have many restrictions.”

Mind you, as George Orwell once wrote, “Freedom is slavery”. Without certain restrictions, or at least clearly defined objectives, some people don’t what to do or where to start. Was she one of them?

“It was a bit scary at first, being handed that level of creative independence.
Then one day a colleague of mine noticed me pussy-footing about and said, “˜Oh for goodness sake, pull up your socks and be a professional! Do you think those bums at the commercial channels are sitting around crying for a supervisor to come in and tell them what to do? Get out there and do the story!'” She stops to catch her breath. “I walked in a girl and came out a woman!”

Julie’s professionalism is evident not just in her choice of stories, but also in the way she chooses to present them. While many “˜current affairs’ reporters’ principal concern is the televisibility of their manicure, Julie prefers to roll the tape, sit back and let the subject relate the narrative, in their own time and using their own words. Her judicious approach couldn’t be further from the kind of foot-in-the-door sensationalism favoured by certain commercial networks.

“I feel very uncomfortable taking centre-stage with a story,” she says. “I believe we pay people the ultimate respect by letting them tell their own story, rather than stepping in and paraphrasing their life for them. Once the kids I interviewed for “˜No Fixed Address’ got going, they knew exactly what they wanted to say. They’d just been waiting for a very long time for someone to ask them.”

Which leads us back to the Walkleys, held in late November and broadcast on, you guessed it, SBS TV. Did she have any inkling that before the end of the night, she’d be up there clutching the coveted award for Coverage of Indigenous Affairs?

“Not at all! I was just happy to see so many blackfellas sitting in the room. When it comes to the media, it’s a white world. At the 2000 Walkleys, Darren and I had been the only two darkies there that night. So when they called out my name this time, there were blackfellas screaming everywhere ” it was great!”

Now she’s sharing a room with the daughter of the man who made it possible for her to swim in Moree Olympic Pool as a five year old. As a researcher for Blackfella Films, Julie is currently wading through the tide of black history for First Australian Nations, a series of seven one-hour documentaries.

“At the moment I’m working on the episode spanning 1788 to 1824, so ask me anything about that time ” I know it! Bennelong, Pemulwuy, Arabanoo, Colby, their wives, all the different governors. We’re just trying to get a handle on the breadth of history, then we’ll start contextualising it.”

It’s an ambitious-sounding project, not least because the team plans to collect oral histories from Aboriginal and Torres Strait Islander communities across the country. But if anyone can get the best out of an interview, it’s Julie Nimmo.

“I fall in love with whomever I’m interviewing,” she says, green eyes shining. “Every person I meet I think, “˜Wow, there’s something so special about them!’ For that time we come together, I’m in love. So I’m lucky, I guess. I fall in love every day.”

Julie Nimmo was a TV journalist whose stories became longer and longer until, in the end, she discovered she had turned into a documentary-maker.
” The duration of my stories just got longer, growing to half-hour docos in the end,” the former SBS journalist says.
One of Julie’s documentaries for ICAM, a story about homeless Aboriginal young people called No Fixed Address, went on to win her a Walkley award, Australia’s most prestigious award for journalists.
Although she has now left
SBS, Julie’s next project, a four-part series called An Australian Century, will be shown on SBS.
She is working on the series with Richard Dennison of Orana Films, and is currently profiling a family in Far North Queensland.
” There was an Aboriginal woman and a Russian migrant who met at the turn of century, and their children have gone on to have an amazing impact on Indigenous affairs,” Julie says.