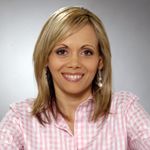 On the Cutting Edge

Living Black makes the shift to prime time, with a truly deadly woman at the helm.

As the face of Australia’s only national Indigenous news and current affairs program, Karla Grant is fulfilling a lifetime dream – to give Indigenous Australian a voice in the mainstream media.

In 2002, she came up with the concept for Living Black, a current affairs program with up-to-the minute issues that affect Indigenous communities nationally, and became both presenter and executive producer of the show.

“Living Black is a unique and vital program,” she says. “Not only is it the only program of its kind on Australian television, it also fills a void by providing Indigenous Australians with a platform to debate and discuss issues that affect them.

“It’s a program where Indigenous communities can voice their concerns about how they feel and what is important to them; and how they can improve the lot of their people. It’s all about national issues from an Indigenous perspective.”

Now in its fifth season, Living Black has made the important move to prime time, screening at 6pm on Wednesdays.

The force is with her

After 10 years at the SBS Indigenous Programs Unit, Karla Grant remains as inspired and motivated as the day she began.

Now the executive producer of the unit and presenter of the TV show Living Black, Karla is strongly committed to giving Indigenous Australians their own voice in today’s media.

“I think it’s vitally important that we have our own programs,” she says. “The Indigenous voice is rarely heard on commercial television. Whenever there is something in the media about Aboriginals, it tends to misrepresent us. The portrayal of Aboriginal Australia is so often negative.”

“I’m honoured to have been given the opportunities that I’ve had,” Karla says with unaffected modesty. “I’ve been able to work my way up in this industry. It’s pretty rare for an Indigenous person to be in the post of executive producer.”

With programs such as Living Black, and through her latest venture as a contributor to The Sun-Herald newspaper, Karla now hopes she can make the wider Australian audience aware of the issues and problems facing Aboriginals today.

“It’s pretty important that we exist here at SBS,” she says. “And being a part of the Indigenous Programs Unit has definitely been the highlight of my career. I feel really proud to be involved.

“It’s a powerful force, and we are making an impact.”

“It’s certainly exciting, but it’s also very stressful,” Karla admits. “We’re now the lead-in to the news, which puts more pressure on us to deliver quality information that is relevant and up-to-date.”

The first show of the new season screened on March 8, and the response was extremely positive.

“People have been saying that we should be on prime time for a while,” Karla says. “Now that we’re here I want to build up a good audience, and become a stronger program, with harder-edged stories.”

As well as her work with Living Black, Karla is also heavily involved with a number of charity organisations such as UNICEF, Field of Women – Breast Cancer Network Campaign and Lights Camera Action, an organisation that aims to get more young Indigenous people involved in film and television.

“Australian film and television rarely reflects Aboriginal society, or any society other then the blonde-haired, blue-eyed society you see on our soap operas,” she says. “Lights Camera Action is working to change that, while at the same time helping to raise the self-esteem of young Indigenous people and giving them the opportunity to gain paid work.”

For the past three years, Karla has also been Executive Producer of SBS TV’s coverage of The Deadlys.

“I love working with The Deadlys,” she says. “It’s a huge job, but it’s very rewarding. I’m really proud to be associated with such an important event that highlights the achievements of Aboriginal and Torres Strait Islander people.”

During her time with Living Black, Karla has had many highlights of her own. But probably what sticks in her mind the most is a difficult interview she had with a very feisty lady.

“I had to interview Amanda Vanstone,” Karla says. “It was the toughest thing I’ve ever done. She wasn’t the most pleasant person!

“It was during the time that she was Minister for Immigration, and all the troubles were going on with Cornelia Rau, who had been wrongly detained at the Baxter Detention Centre. So she was very defensive, and questioned everything I said. I just wanted to hide under the desk, and couldn’t sleep for days afterwards!”

Karla has certainly covered plenty of tough issues in her time, including Land Rights, the relationship between Aboriginal people and the police, and the Black GST and petrol sniffing. But while the program is raising public awareness of important issues, Karla wants more to be done.

“We need more Indigenous content on commercial stations,” she says. “This is something that I believe is still a long way off. It’s quite disappointing, because people are so interested in Aboriginal culture, and want to learn more about it. It’s also a shame because Indigenous Australians contribute so much to sport, politics, entertainment and the arts.

“People need to be made aware of this. That’s why Living Black is so important.”

Living Black screens every Wednesday at 6pm, and is repeated on Mondays at 5.30 pm and Tuesdays at 3.30 pm.